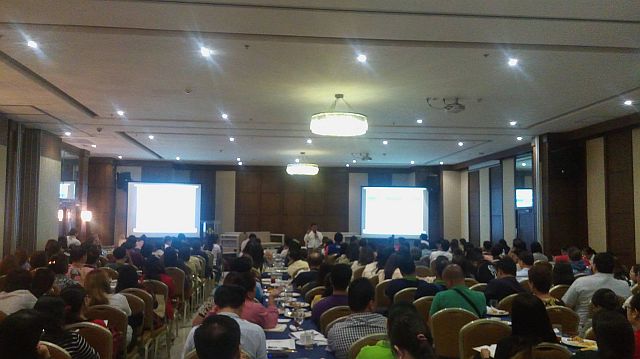 The Department of Labor and Employment in Central Visayas (DOLE 7) has warned local businesses of potential scams arising from the national government’s drive to eliminate contractualization.

Lawyer Roy Buenafe, DOLE 7 Mediation Arbitration and Legal Service Unit (MALSU) head, said they recently got reports from management of a mall in Cebu City that people claiming to be from the agency have asked them about the end of contract scheme (colloquially known as endo).

He also said these people might also “ask for something” from other enterprises, although he did not elaborate.

“We have not deployed personnel yet, except if there are complaints. As of this time, we have not deployed anyone to implement (the directive against) endo,” he said during a labor relations forum hosted by the Cebu Chamber of Commerce and Industry (CCCI) Friday afternoon.

If there are personnel from the department who visit enterprises to address certain complaints, Buenafe said they should be asked for certain identification requirements.

Buenafe said they have three IDs– one ATM card, an ID signed by the labor secretary, and another one signed by the regional director.

“The most important one is the authority to assess signed by the director with duration. There is a validity,” he explained.

Buenafe added that he isn’t worried about the mall that reported this incident as much as he is for smaller enterprises.

“Big malls have security. How about those businesses in Magallanes and Colon? They might easily become victims of scams,” he said.

President Rodrigo Duterte ran with a promise to rid the private sector of endo, a practice of some companies which involves routinely ending worker contracts on the fifth month to avoid having their employees regularized and, thus, preventing them from enjoying labor benefits.

The Duterte administration clarified that they are not against contractualization per se and only those done “illegally.”

The DOLE targets to regularize 50 percent of the contractual workforce in the country by the end of 2016 and the remaining 50 percent by December next year. ###