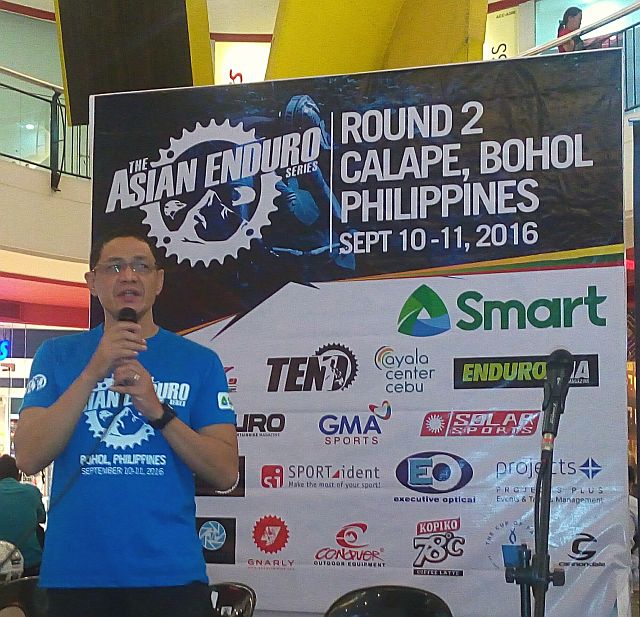 Some of Asia’s best mountain bikers battle for supremacy in the second leg of the Asia Enduro Series slated this weekend in Calape, Bohol.

Some 110 riders from Australia, Bhutan, Brunei, Singapore, Vietnam and France as well as Filipino riders will compete in the two-day event organized by the EnduroAsia Magazine and Enduroten.net.

Lumbao said they chose Calape, Bohol, as venue because of its unspoiled terrains, which is perfect for an enduro race.

“Expect tough terrain, all downhill about two to three kilometers. It’s going to be challenging at the same time an enjoyable race,” said race director Ronald Lumbao in a press conference yesterday at the Active Zone of Ayala Center Cebu.

Top rider in the elite division will be declared after four legs through points system.

According to Lumbao, the top rider after the first leg held in April was French rider Florence Poulain.

The remaining legs will be held in Indonesia and Vietnam.