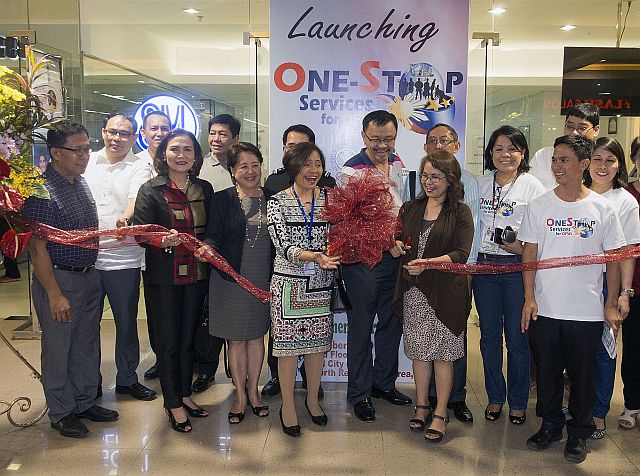 Rodrigo Duterte’s presidency is, no doubt, one of the most-watched Philippine administrations in recent history as he continues to shun the usual tight-lipped and measured decorum of a seasoned politician.

For his supporters, his unconventional way of going about his or the country’s business, is nothing short of legendary; though it remains highly questionable for his critics. So what is up with the Duterte administration after hitting its first 100 days? Presidential Assistant for the Visayas Michael Dino promised more undertakings are in store especially for the less privileged sectors of society. “I just want to make it very clear that the Duterte administration is a pro-people administration,” he said in a text message to Cebu Daily News.

“So expect more legislation, projects, and programs that will benefit the citizenry, especially the underprivileged and the marginalized sectors of our society,” he added.

Dino said several accomplishments marked Duterte’s 100 days in office including the ceasefire between government and the Communist Party of the Philippines-New People’s Army-National Democratic Front (CPP-NPA-NDF) due to ongoing peace negotiations in Norway.

Other accomplishments mentioned by Dino were: the centralized action center, 911, and the complaint hotline, 8888; the end of the Ninoy Aquino International Airport (Naia) “laglag bala” scam; and Duterte’s drug list naming top officials in the government and the police allegedly involved in the illegal drug trade, the administration’s all out war on drugs, the reported 31 percent drop in index crimes for July, and efforts to stop the illegal drug trade inside the National Bilibid Prison (NBP) in Muntinlupa. Dino also counted one of the Duterte administration’s achievement; the reintroduction of the P2,000-Social Security System (SSS) pension hike bill, which was passed in the 16th Congress but vetoed by then president Benigno Aquino III who believed the hike would result in substantial losses for the SSS.

Dino further cited Duterte’s promise to double the salary of the military and police, the signing of an Executive Order (EO) for the freedom of information in the executive branch, the repatriation of overseas Filipino workers (OFWs) stranded in Saudi Arabia and the extension of the validity of drivers licenses to five years.

So much done sans drama

For Marc Canton, lead convenor of the Movement for a Livable Cebu (MLC), a volunteers’ organization working to sustain Cebu’s development, the President’s performance merit a grade of 8 out of 10. Canton explained that this was how he would rate the President in comparison to the first 100 days in office of the country’s past presidents. “If you compare that to some of the presidents, where in three months or a hundred days they were still struggling to work together, there were different factions,” Canton said. Among Duterte accomplishments cited by Canton were the opening of one-stop-shops for overseas Filipino workers (OFWs) and the distribution of around P2 billion worth of idle farming equipment, purchased by the Aquino administration but were allegedly kept in various Department of Agriculture (DA) warehouses.

“There are a lot of things that have been done but majority are not given attention because we are focused on the drama – the Senate hearings, (Senator Leila) De Lima, and the drug lords. Those are all very important things, very critical but let us not forget that there are other sectors of our economy that have absolutely nothing to do with that,” Canton said.

Meanwhile, university professor Dr. Doreen Cajilig of the Cebu Institute of Technology (CIT) said that in spite of all the controversies surrounding Duterte, things will subsequently settle as people get used to the “new” and the “unfamiliar.”

“There is an apparent change, especially in the fight against drugs. Right now, it’s chaos with all the hearings in the Senate and all the propaganda attracting the international community. But in the long run, this will fall into place as long as safety and security are restored,” she said.

The professor added that she also noticed “drastic changes” in government offices.

“One drastic change I noticed and experienced was at the Central Post Office. I can’t believe it even; but the mail I expected came with only one day delay because it arrived on a Sunday and they couldn’t dispatch it. And it was delivered to my doorstep, something that never happened before,” Cajilig said.

Read Next
City to turn over aerial ladder truck to BFP