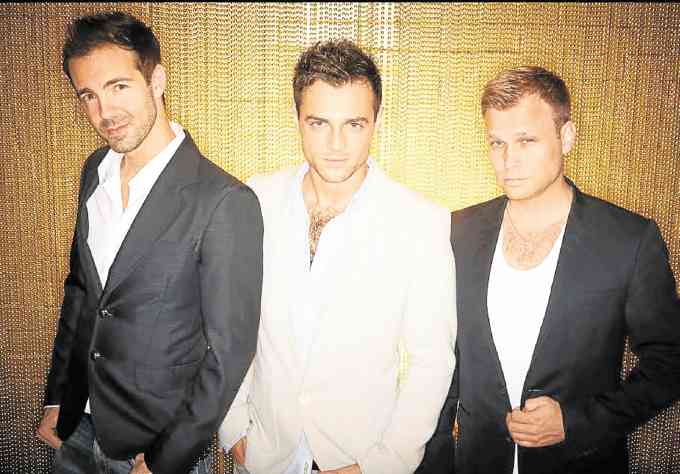 IT’S going to be “Same Old Brand New You.”

Yes, you guess it right, that’s a 90s hit from the British-Norwegian band A1 and it’s just one of songs Cebuano fans will hear live as Mark Read, Ben Adams and Christian Ingebrigtsen sweep fans off their feet again in tonight’s concert “Here We Come-Back!” Tour at the International Eucharistic Congress (IEC) Pavilion.

After four years, the singing trio will walk music lovers down memory lane with such hits as “Caught in the Middle” and “Like A Rose.”

In a press conference held at the Quest Hotel yesterday, they lit up the room with their perkiness and jokes, especially Ben who even threw questions at Mark and Christian to get the ball rolling.

“There will be surprises and we will be performing songs we were never able to perform again in many years. And we get to ask the audience what song would they want us hear sing so it’s going to be so much fun,” shared Mark.

A1 kicked off their Philippine tour with a concert at the Kia Theater in Araneta Center last Sunday. Aside from serenading their fans with their timeless hits, they also showed a mini-video of photos and clips of their visits to the Philippines and other Southeast Asian countries in the early 2000s.

As a preview of the Cebu concert, they performed their hit song “Like A Rose” during yesterday’s press conference.

Tickets for tonight’s concert can be purchased at the IEC Pavilion.