PNP chief to be probed 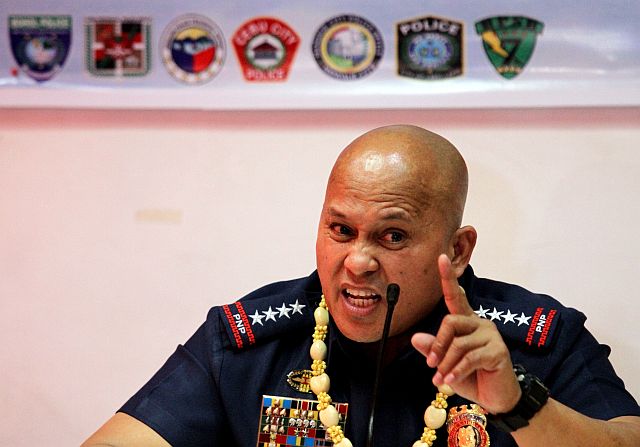 The Ombudsman is investigating Director General Ronald “Bato” dela Rosa, Philippine National Police chief, after he admitted in an interview that Senator Manny Pacquiao paid for his and his family’s trip to Las Vegas to watch the senator’s fight against boxer Jessie Vargas last Sunday.

Ombudsman Conchita Carpio Morales said their office is investigating to see if the police chief has violated the law in accepting travel perks.

She, however, said that Pacquiao is not included in their investigation.

“No, (he is not included in the investigation),” she said. “Alam mo kung magregalo ka, it doesn’t follow na there’s a motive behind the giving of gifts. At this point, we do not consider him, at this juncture. We don’t consider him within the can of our investigation,” Morales said at the sidelines of the forum to mitigate corruption in Cebu City yesterday.

Despite Pacquiao being a public official, Morales said that it is “non-sequitor to determine that he is already liable at this early stage of the investigation.”

When asked what they will be looking into, Morales said that Dela Rosa’s disclosure on television is already an admission.

“If we base from his statement in the television, that’s already an admission that he had gone there on the invitation and on the undertaking that Pacquaio gave to him,” she said.
“That is — free tickets, free accommodation, and I understand even his family was in the group,” she said.

On the other hand, Morales said that the rule on public official receiving gifts is not absolute. “It would depend under the circumstances where a gift was received and also, if the gift is in connection with any possible transaction or the gift was beyond the reasonable amount that one can receive from someone,” she said.

Meanwhile, Dela Rosa said he welcomed the Ombudsman investigation for his acceptance of a sponsored trip to Las Vegas.

“Sige lang imbestigahan ako. Makulong ako dahil sa imbitasyon,” he said in an ambush interview in Davao after returning to the country from Malaysia.

Dela Rosa told reporters that what was important was that government funds were not used for the Las Vegas trip.

“Ang importante dili (hindi) tayo kurakot kwarta,” he said in a mix of Tagalog and Visayan.