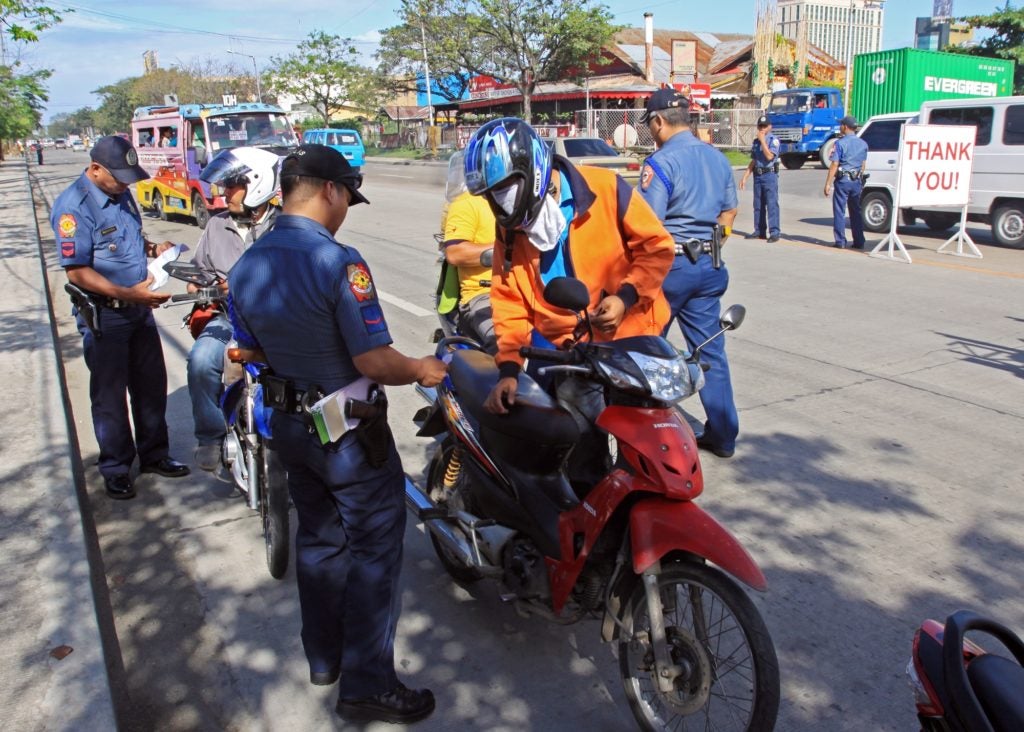 Mobile checkpoints, like this one set up in Cebu province during the barangay elections, will be put up across Central Visayas on Jan. 13, 2019, the start of the election gun ban for the midterm elections in May this year. /CDN file photo

CEBU CITY, Philippines — The Police Regional Office in Central Visayas (PRO-7) will be conducting a regionwide simultaneous checkpoints to go after loose firearms on January 13, in line with the start of the election gun ban.,

Lawyer Rafael Olaño, director of the Commission on Election in Central Visayas (Comelec-7), said  the gun ban will temporarily suspend all firearm licenses except for those authorized by the Comelec, such as the Philippine National Police (PNP).

Chief Superintendent Debold Sinas, director of the Police Regional Office in Central Visayas (PRO-7), has also ordered that checkpoints be put in place regionwide, starting  on the midnight of January 13,

Sinas reminded firearm owners  that if they are caught in possession of one during the gun ban, even with the complete permits but without the approval of the Comelec, they will be charged with  illegal possession of firearms and violation of the gun ban.

Sinas also warned that the PNP will strictly implement the gun ban with no exemption,  whether the violator is a private individual, an elected official, or an electoral candidate. /elb