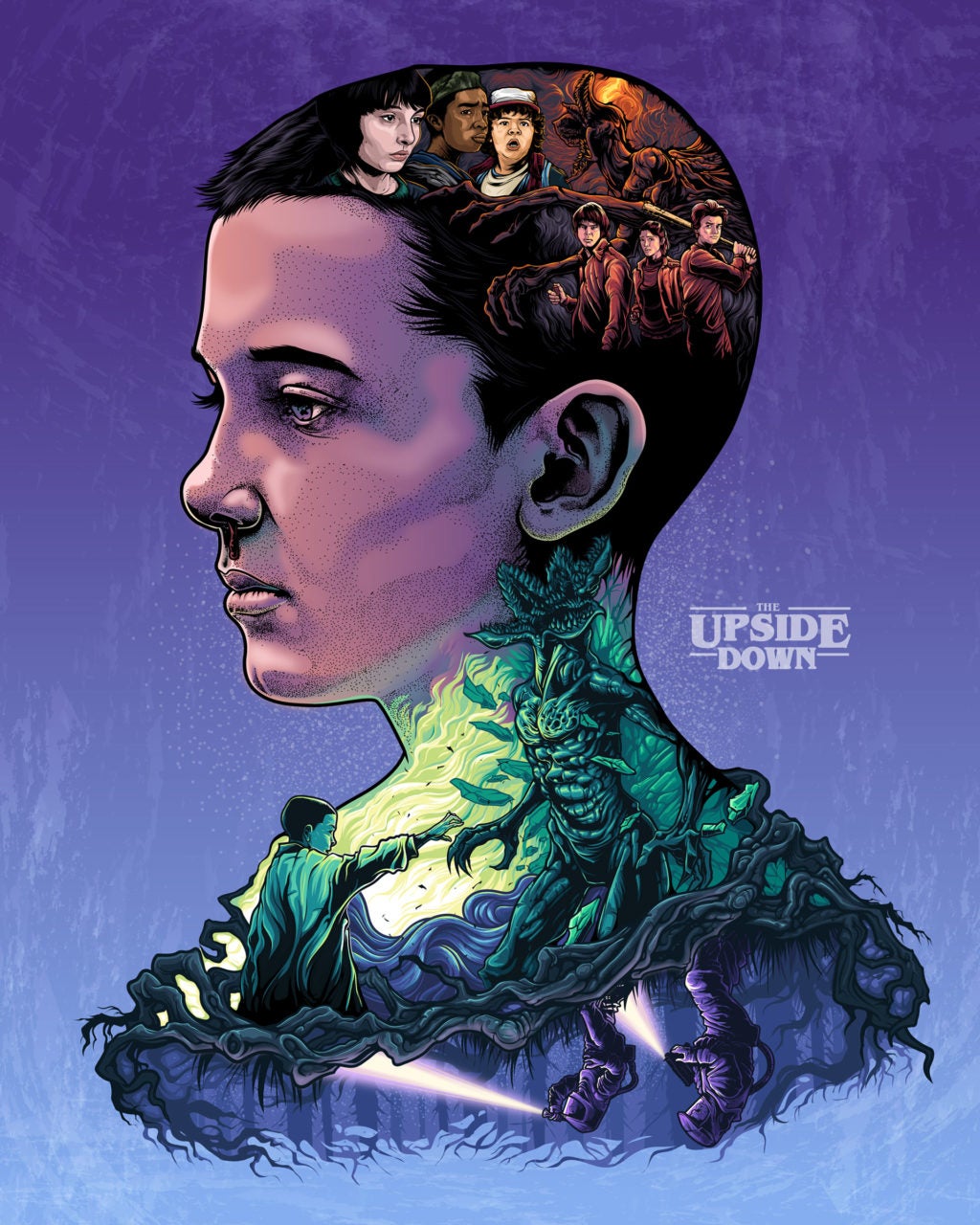 CEBU CITY, Philippines— What started as fan art has transformed into a project that landed a Cebuano graphic artist as one of 18 creatives to work on an artistic interpretation for a show in a video on-demand platform.

In an interview with CDN Digital, Hensly says that he has been making fan arts of the show since it aired last 2016.

He posts these artworks in his Behance portfolio, Kensuke Creations.

Behance is an online platform that showcases creative works.

This portfolio has captured Netflix’s attention.

“I got an email request from the people of Netflix’s Stranger Things themselves for a personal interpretation of Season 1’s Upside Down episode. I was 1 out of 18 artists around the world selected to interpret a show episode from Season 1 or 2. They’re using the artwork for posters, ads, anything, and everything,” he explains.

Hensly, who has been in love with art since he was in Grade one, says that this is one of the most memorable artworks that he created.

“[I am] overwhelmed and excited at the same time. I was just having fun. I didn’t think about anything or expect anything. I just focused on making sure that my Stranger Things artworks always turn out better than the last one,” he tells CDN Digital in the vernacular.

Hensly received the email from Netflix on the first week of April 2019 and was given one month to work on his piece.

He got so revved up that he immediately worked on it and finished the piece in one week.

The artwork was posted on Stranger Things’ Official Facebook page on April 25, 2019.

“My signature style is surrealistic in nature which I think is very fitting to portray the paranormal, the bizarre and nostalgic familiar, the gritty and otherworldly dimension [nature of the show]. [The artwork also] conveys the darkness and emotions each character has been struggling with,” says Hensly.

Hensly says the show’s actors were actively involved in the process as they were consulted on how their faces were drawn.

To make his artwork stand out, Hensly says he opened his mind to suggestions and applied necessary revisions.

For Hensly, who started out as fan of the show, creating artwork for the show itself is more than just a dream come true.

It can very well be the start of more collaborations with international brands; an opportunity to present his creations in the broader, international scene. / celr