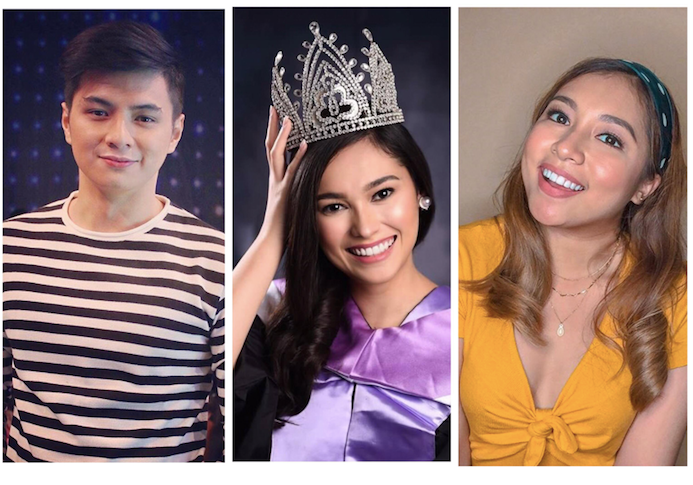 CEBU CITY, Philippines —  Who would have thought that the country’s longest noontime show, “Eat Bulaga” has changed the lives of some Cebuano personalities?

Among them are  DJ Malaya Macaraeg and Miss Millennial Philippines 2018 Shaila Rebortera, who expressed her gratitude to “Eat Bulaga!” as it turned 40 years old on July 30, Tuesday.

(Until now, I feels nostalgic every time I hear “Eat Bulaga’s!” theme song every noon and that I have sang and danced on live on Philippine television.  I grew up watching “Eat Bulaga!” and I looked forward to Sex Bomb dancers.)

Macaraeg is a social media darling in Cebu before she moved to Manila and became one of the DJs in “Eat Bulaga!” in 2018.

For her, “Eat Bulaga!” gave her a purpose to serve the people by making them happy and laugh.

The show also encouraged her to raise the banner of Bisaya artists in the national stage and she did not feel any discrimination.

“Eat Bulaga!” has been life-changing for her since it is her bread and butter.

She assures the viewers and fans to make the most out of everything that “Eat Bulaga!” will open to her.

“I believe I was made for this. This is my dream job. My heart is just truly grateful for Eat Bulaga,” Macaraeg said.

For Rebortera, “Eat Bulaga!” is blessed to have aired for 40 years because it never stops being a blessing to Filipinos.

“It is amazing to have been part of the longest-running noontime show in the Philippines. Winning Miss Millennial Philippines 2018 opened so many doors of opportunities for me and helped me finish my studies. I will forever be grateful,” she told CDN Digital.

Rebortera is the first Cebuana to win the Miss Millennial Philippines crown.

Other titles under her belt are Sinulog Festival Queen 2018 and Reyna ng Aliwan 2018 second runner-up.

“Eat Bulaga!” has been considered as the longest noontime show in the country.

Aside from Rebortera and Macaraeg, Kenneth Earl Medrano is among the Cebuano personalities who are regularly performing in “Eat Bulaga!”

For Medrano, he made a name in the industry when he became the grand winner of  “That’s My Bae: Twerk It” dance contest in 2015.

Currently, he is a regular performer at the longest noontime show in the country.

After winning the competition, he starred “Trops,” a TV series with his fellow “That’s My Bae” members Miggy Tolentino, Joel Palencia, Jon Timmons, and Tommy Peñaflor.

He was also part of the horror-comedy film, “Trip Ubusan: The Lolas vs. Zombies” movie top-billed by Jose Manalo, Wally Bayola, and Paolo Ballesteros in 2017.

Currently, Medrano is working on a second film together with Kapuso stars Ruru Madrid and Jasmine Curtis.

He is also part of the upcoming romantic comedy series, “One of the Baes” topbilled by Ken Chan and Rita Daniela or commonly called as RitKen by fans./dbs