A first for Cebu City: A Christmas tree at Plaza Sugbo 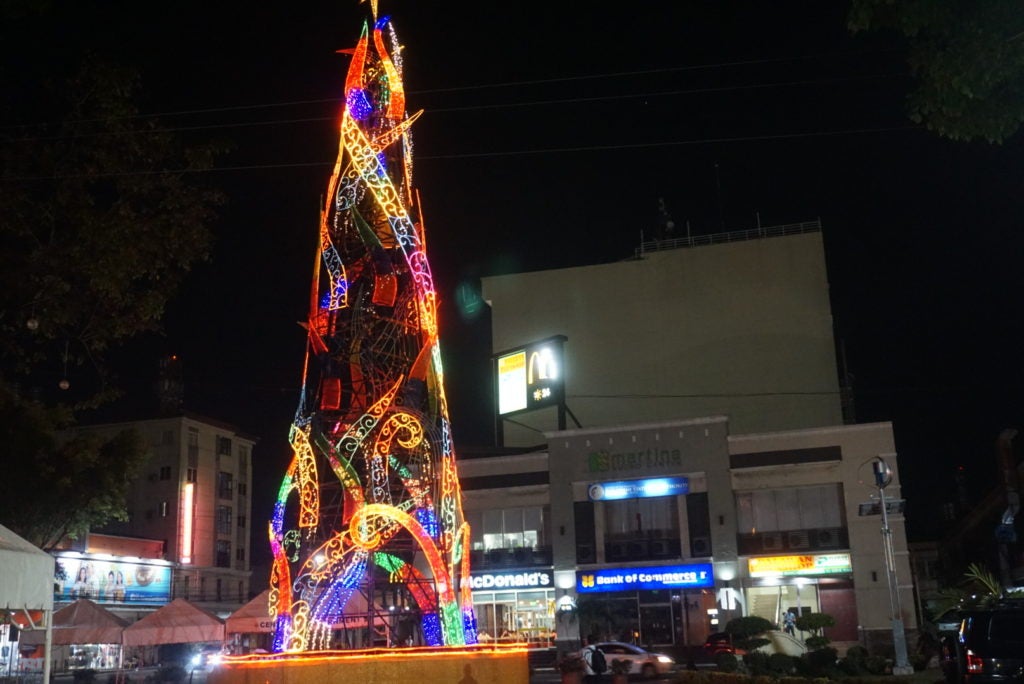 CEBU CITY, Philippines — The Plaza Sugbo where the famous Magellan’s Cross stands needs no decoration as it is the icon of Cebu, the very heart of Cebu City.

The Cebu City government, in the past years, felt no need to pour effort into the Plaza that connects the Basilica Minore del Santo Niño and the Cebu City Hall save for some Christmas light decorations among the trees.

After all, the Plaza Sugbo is the city’s best decoration where thousands of tourists and pilgrims visit every year.

Yet for new Mayor Edgardo Labella, the Plaza Sugbo is a place where Cebuanos come together from all over the province for the biggest festival in the nation, the truly-Cebuano, Sinulog.

The first-time mayor decided to do what has never been done before, he put up a 13-foot Christmas tree in the middle of the Plaza Sugbo, now bringing more attention to what is already an extraordinary spot.

On December 2, 2019, the Cebu City government lit the first Christmas tree at the Plaza Sugbo with neon red, orange, and green lights rising up a metal frame topped with a star.

The tree is some sort of jest for Labella, who was once called a Christmas tree by a political opponent during a debate before the May 2019 elections for wearing a green shirt.

“During the debate prior to the election, my opponent, when asked on how he would describe me as his opponent, answered that I look like a Christmas tree. Now, our celebration is more meaningful because we now have our own Christmas tree,” the mayor said.

Labella said that his opponent’s words were a premonition that this year, he would be lighting the Christmas trees in Cebu City, being its new mayor.

The Christmas tree is a symbol of hope for the Cebuanos, his hopes for a better Cebu City, and a tribute to the Child Jesus whose home in Cebu is located at the Plaza Sugbo. 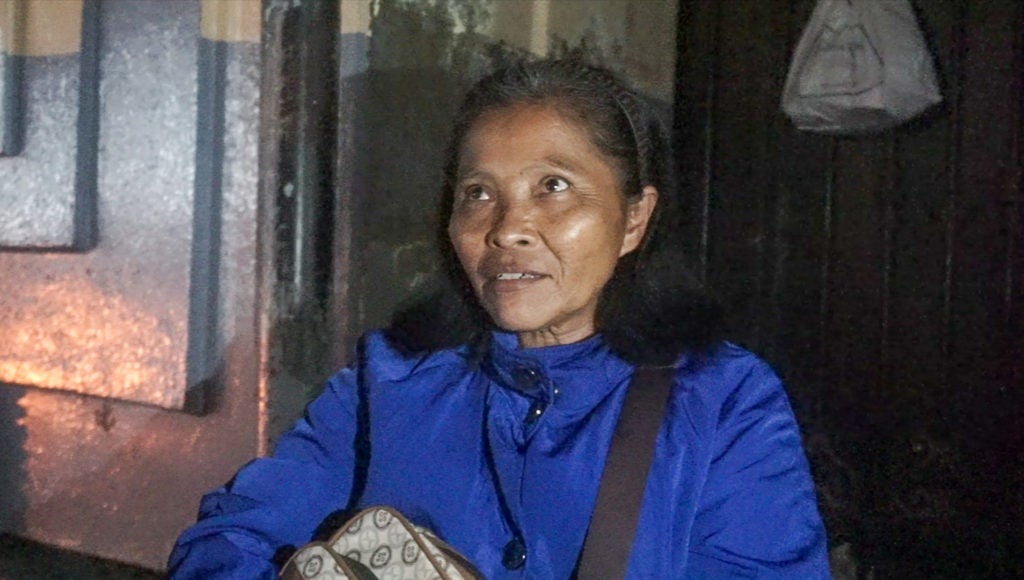 Evelyn Unde, a candle vendor, who does the traditional Sinulog in the Basilica del Sto. Niño, says the Christmas Tree is a fresh thing to see at the Plaza Sugbo | Gerard Francisco

For a long-time candle vendor, Evelyn Unde, 57, who dances the traditional Sinulog at the Basilica del Santo Niño, the Christmas tree was a fresh sight in the Plaza that had become her workplace since 2002.

Unde sells candles at P10 a piece for pilgrims, who asks for the traditional Sinulog dance as a prayer to the Child Jesus.

To her, the Christmas tree, being a first time in history, is a reminder that things change and that things can become better.

Her prayers for Christmas are simple, to have a healthy year ahead, and for a peaceful Cebu. 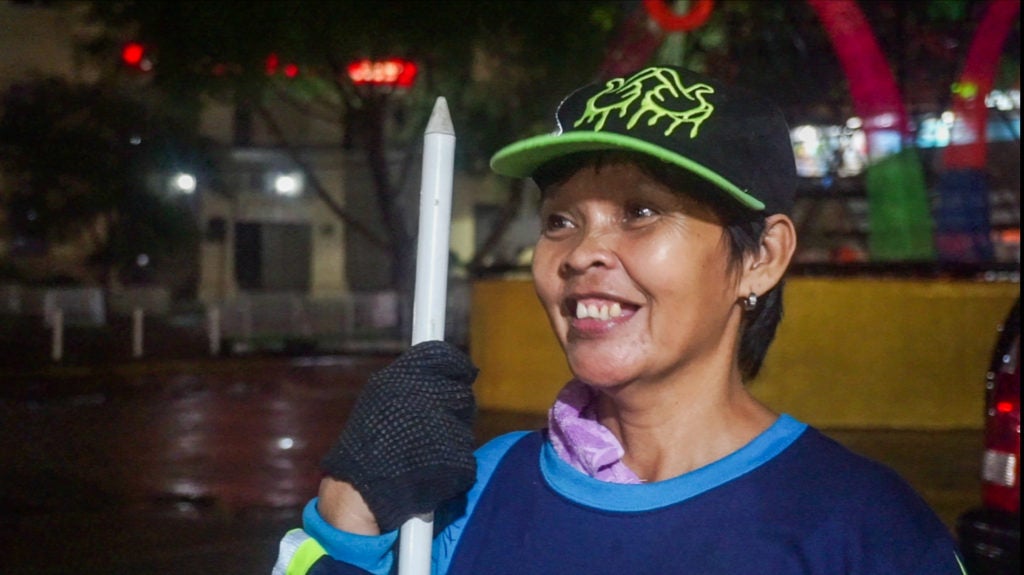 Maria Victoria Vargas is thankful for her blessings this year — her new job at the City Hall. | Gerard Francisco

Street cleaner, Maria Victoria Vargas, 53, who is a new casual employee of the Cebu City Hall, the Christmas tree reminds her of the blessing she received this year — a job.

For years, she worked as househelp and janitress in various establishments to sustain her six children.

Keeping a job is difficult, and finding one in the City Hall is a blessing she will never forget this 2019.

Her simple wish for Christmas to be able to keep her job and for good health for her family.

The Christmas tree in Plaza Sugbo is a symbol of change for Cebuano, that something which is already good can be made better.

For the mayor and his constituents, Christmas is a little bit brighter with the flames of hope rising from the difficulties of life. /dbs