DILG warns: Malls to be closed if physical distancing not enforced 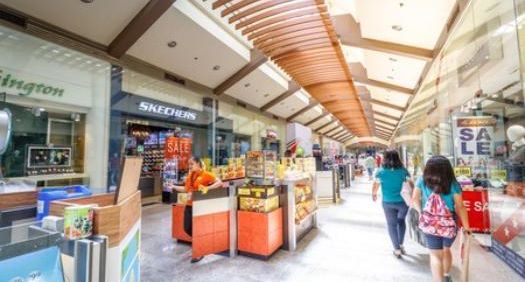 MANILA, Philippines — Malls that have partially reopened after the modified enhanced community quarantine would be closed if they do not strictly implement physical distancing and crowd control measures, the Department of Interior and Local Government (DILG) said Sunday.

DILG Secretary Eduardo Año has directed all local government units and police to inspect all malls and to talk to mall management about their observance of the Department of Health’s minimum health standards and quarantine protocols, the DILG said in a statement.

If the malls would not comply, the PNP can close the malls and charge the mall owners with violation of the Bayanihan to Heal As one Act, Año said.

The PNP will continue its presence in checkpoints in all areas under community quarantine. Those who violate protocol would be fined, issued citation tickets, or detained if they refuse to go home, he added.

Joint Task Force Covid Shield led by Police Lt. Gen. Guillermo Eleazar said they have already forwarded to the police commanders concerned the list of malls and other business establishments where physical distancing was violated.

“These commanders were instructed to warn the management of these malls and make sure that the warning be personally relayed to the mall management and other similar establishments,” Eleazar said in a separate statement.

The task force said they have gathered on social media several photos and videos of mallgoers violating the physical distancing rules, which will serve as evidence.

Based on the rules, each two square meters of the common areas of the mall is limited to one person only, the task force said.

Security guards and mall employees should be on a regular patrol inside the mall to observe and remind people of the rules on physical distancing and wearing of face masks, it added.

If the mall reaches its maximum community, people would have to line up outside and wait for their turn. Strict physical distancing should also be observed even when lining up outside the mall.