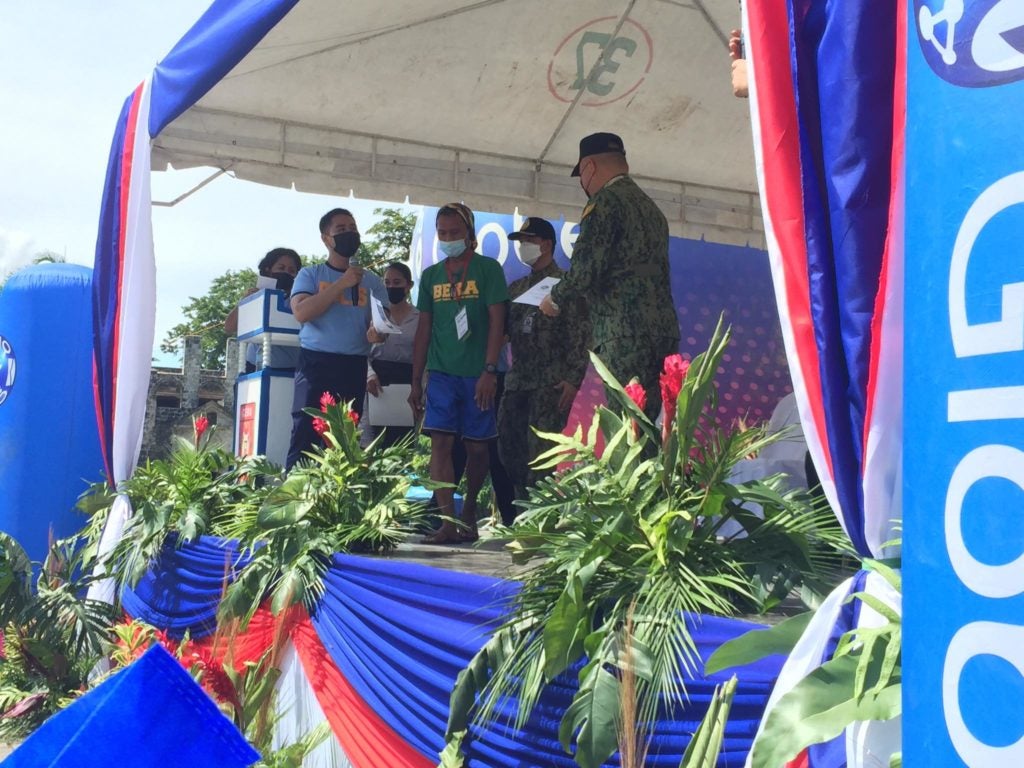 The Cebu City policemen and the city government give Father’s Day gifts to 100 porters of the Carbon Public Market at the Plaza Independencia in Cebu City today, June 18. | Pegeen Maisie Sararaña

One of the recipients was Sumillo Painlip, who is on his 70s, said he had been working as a porter for 20 years already. He has two kids. 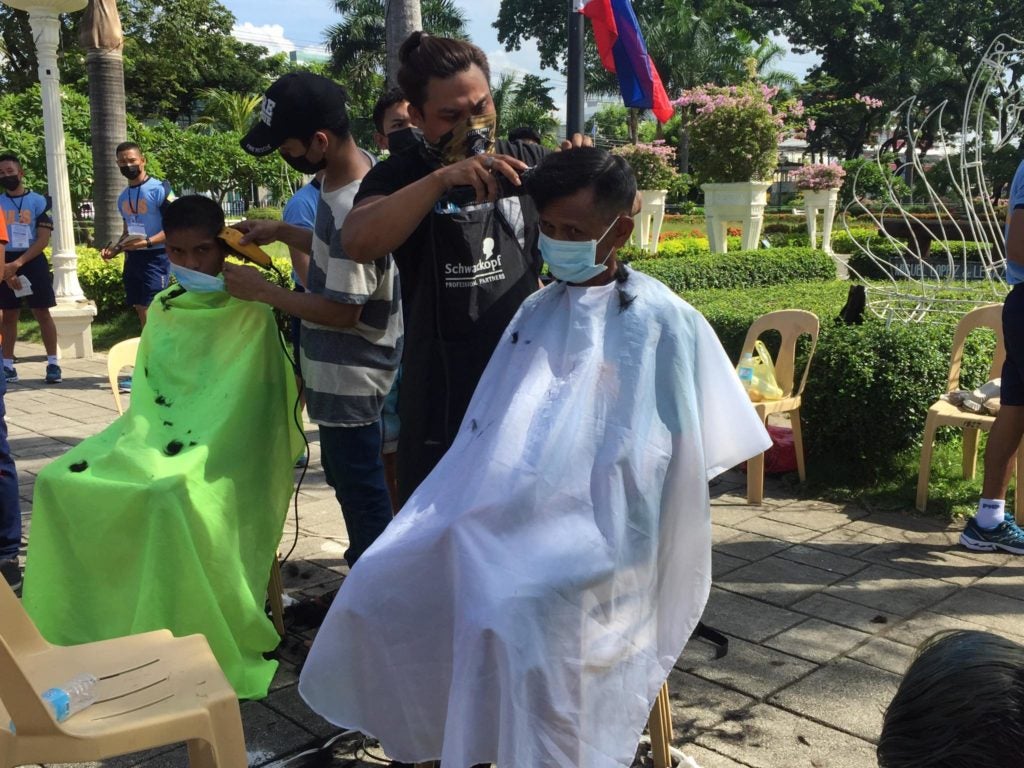 The porters were also given a free haircut as part of the free services in the Barangayan part of the event. | Pegeen Maisie Sararaña

According to him, he worked as a porter since he did not have anything to do back at home and being a porter was the only thing he knew.

Police Major Jeciree Basitao, head of the Police Community Relations of the Cebu City Police Office (CCPO), said that the station heads from the 11 police stations in Cebu City contributed to provide these goods to 100 Carbon porters.

Apart from the contributions from the station heads, other units such as the Regional Health Service provided hygiene kits for the recipients, the Highway Patrol Group also helped in the ‘Barangayanihan’, the part where free services were given to the porters, which was held earlier. Also, the Cebu City Government contributed for this program. 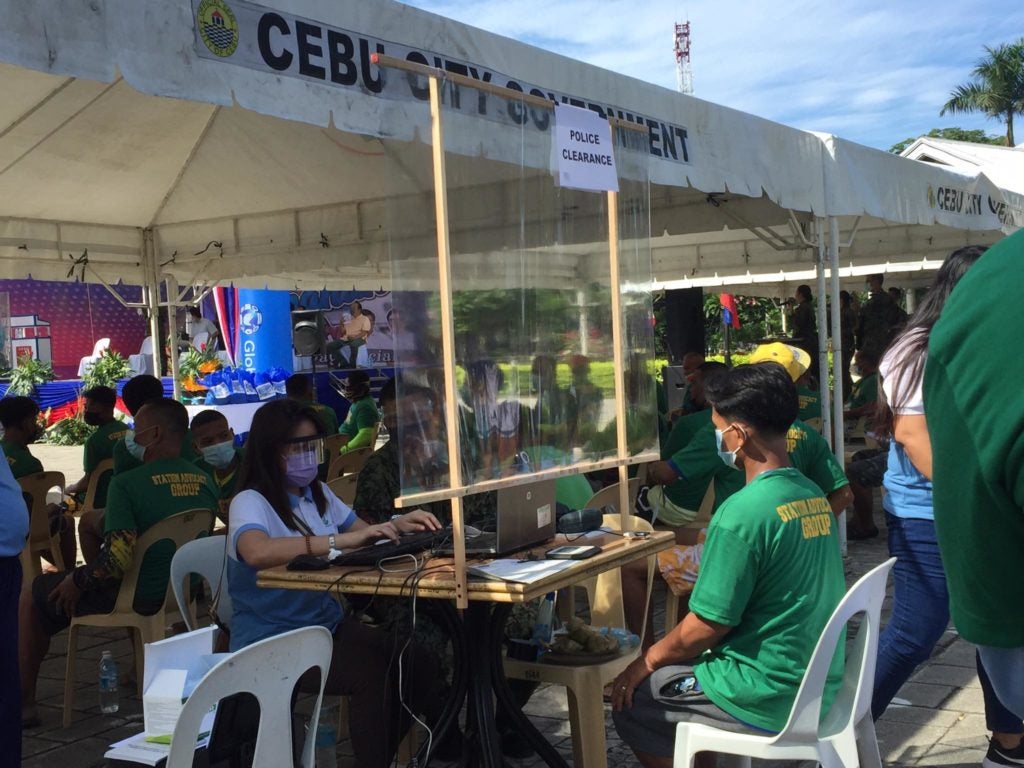 The porters are also given free medical services during the event at the Plaza Independencia today, June 18. | Pegeen Maisie Sararaña

For his part, Police Colonel Josefino Ligan, CCPO director, said that these porters would be effective force multipliers in Cebu City since they were always in the field.

They know whatever happens on ground, especially in Carbon Market, Ligan saidl

(We have a list of their names, and we also have their numbers, so anytime there is an incident or major concern in the barangay, they will be the first ones to tap.)

Ligan said that they only limited them to a hundred to make sure that social distancing would be followed.

(We tasked our station commanders to determine the recipient of this program. Those at Station 5 volunteered because they were the ones who already created and organized BEKA (Barangay Ermita Kargador Association).) 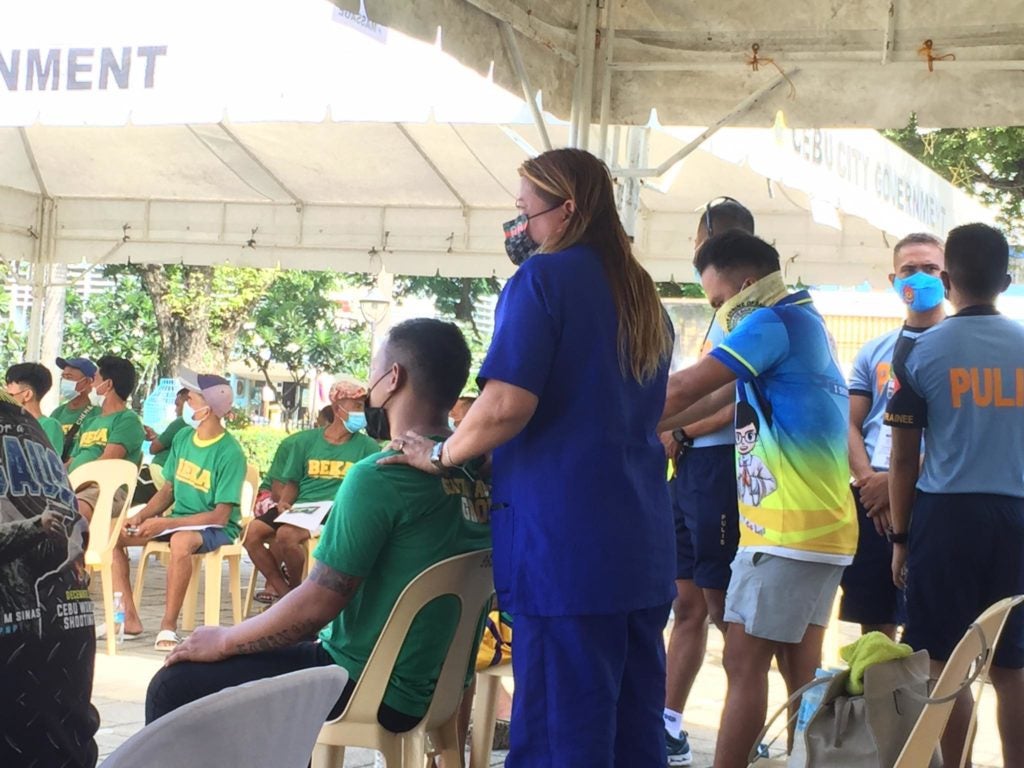 Aside from the free medical services, free haircut, the porters are also given a free massage at the event in Plaza Independencia, Cebu City, today, June 18. | Pegeen Maisie Sararaña

With this, the Cebu City government, represented by David Arcilla, said that the city government had already laid down their plans for further activities to extend help for this group.

Arcilla also said that the plans would also include the people in the community and help restore the community from the effects of the pandemic.

Meanwhile, Police Lieutenant Colonel Regie Real, head of the Regional PCR, said the activity was also the PNP’s way of reaching out to the community and strengthening their ties.