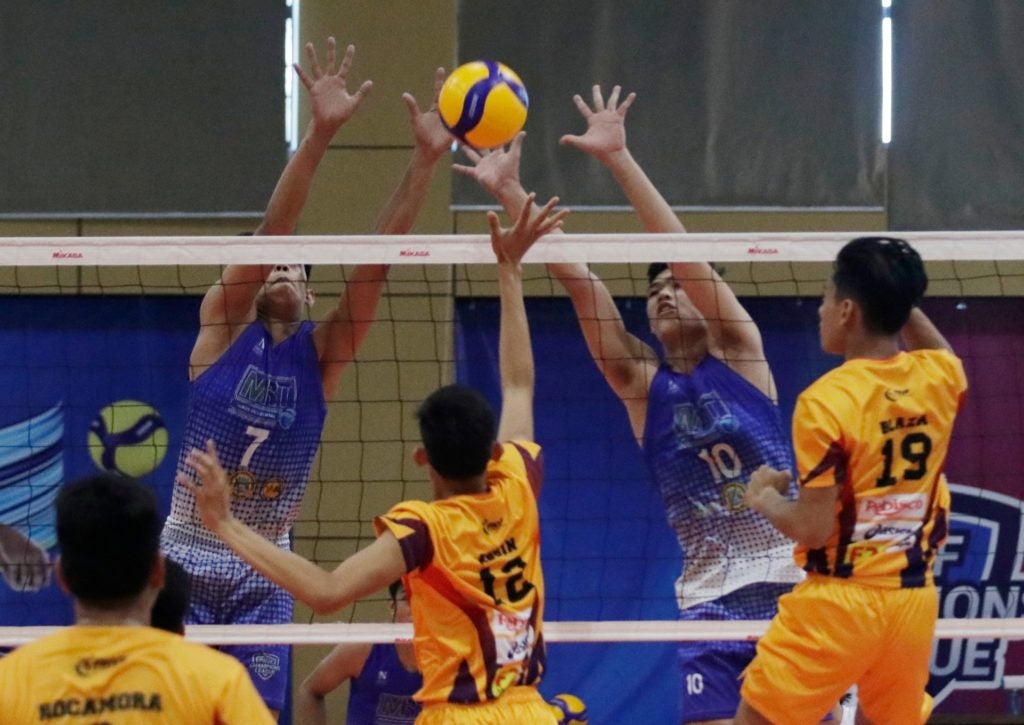 Christian Marcelino led the MRT-Negros with 16 points along with eight digs and helped his team earn back-to-back victories in the tournament.

“It’s an honor to play in this kind of league. I’m very proud of my team. It’s a good experience for us,” said Savelleno, whose MRT-Negros is the youngest squad in the tournament with an average age of 21.

“We dedicate this game to our player who passed away last night (Thursday), Mike Beronio, our aspiring MRT-Negros player,” he added.

Beronio, a Colegio de San Agustin-Bacolod standout, died in a motorcycle accident in Bacolod City at the age of 24.

After sending the game to a decider, MRT-Negros imposed its will in the fifth set by racing to a 4-0 lead and went on putting up a commanding 14-4 advantage en-route to winning the match.

One of the veterans on the team, Marcelino proved that Negros Occidental spikers have what it takes to compete head-to-head with the best in the tournament.

“I feel so blessed to be part of this league. Having this kind of young players around me, it’s a privilege to share my knowledge to them,” said Marcelino, who led his team in scoring in the last two matches.

“We proved that with MRT-Negros, we have top caliber players who can also represent the Philippines in the future.”

The Go for Gold Air Force Aguilas are the top team among the seven teams competing in the PNVF Champions League.

Read Next
M Lhuillier’s Tree of Hope: Lighting up Cebu City for 21 years