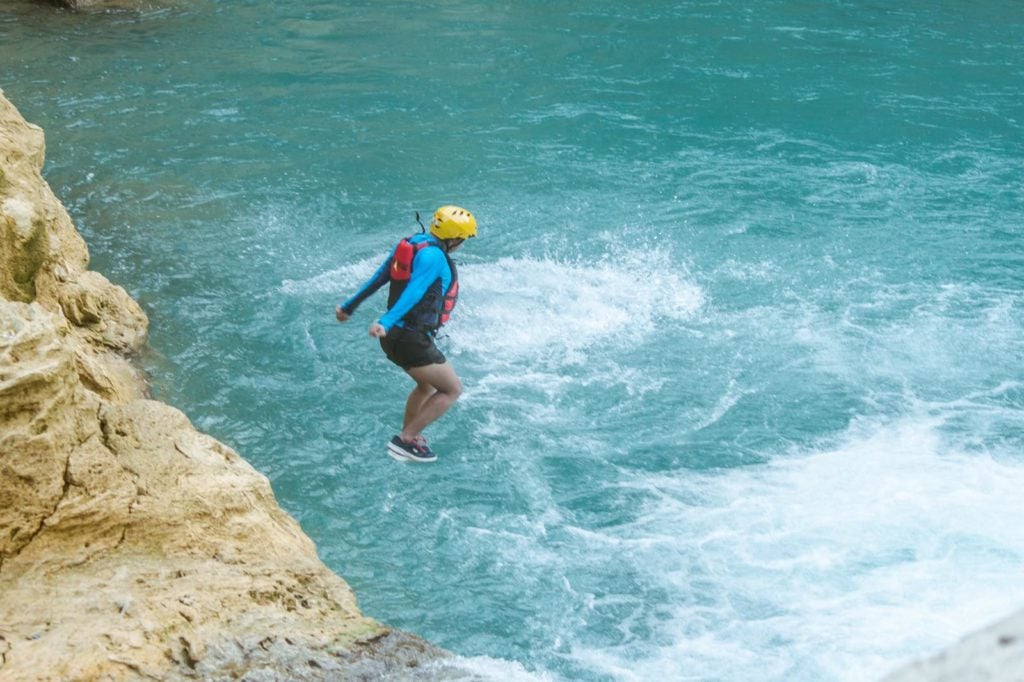 Prepare to take a plunge into the cool waters during the Badian Canyoneering Adventure. | Contributed photo

MANDAUE CITY, Cebu — Two more jump spots were recently added to Badian town’s Canyoneering Adventure to make the outdoor activity even more exciting to the first-time or even the repeat adventurers.

Shalimar Hofer Tamano, director of the Department of Tourism in Central Visayas (DOT-7), said these “refreshing additions” were something to look forward to.

In addition, campers, trekkers and canyoneers will also get a chance to commune with nature with the addition of a tree-planting activity to the adventure trip as a means to also ensure environmental protection and rehabilitation.

“The Badian experience is nothing less than exhilarating. Canyoneering is an exciting product in itself. Add to the equation a naturally re-designed landscape and new activities to enjoy and you have something worth looking forward to,” Tamano said in a statement.

Tamano recently had a test-run to experience the new elements that were integrated into Badian’s canyoneering adventure.

“Canyoneering, or canyoning, largely defines the tourism landscape of Badian and its neighboring municipality of Alegria, bringing a deluge of as many as 300 daily guests to the two southern Cebu towns in the period before March 2020,” the DOT statement read. 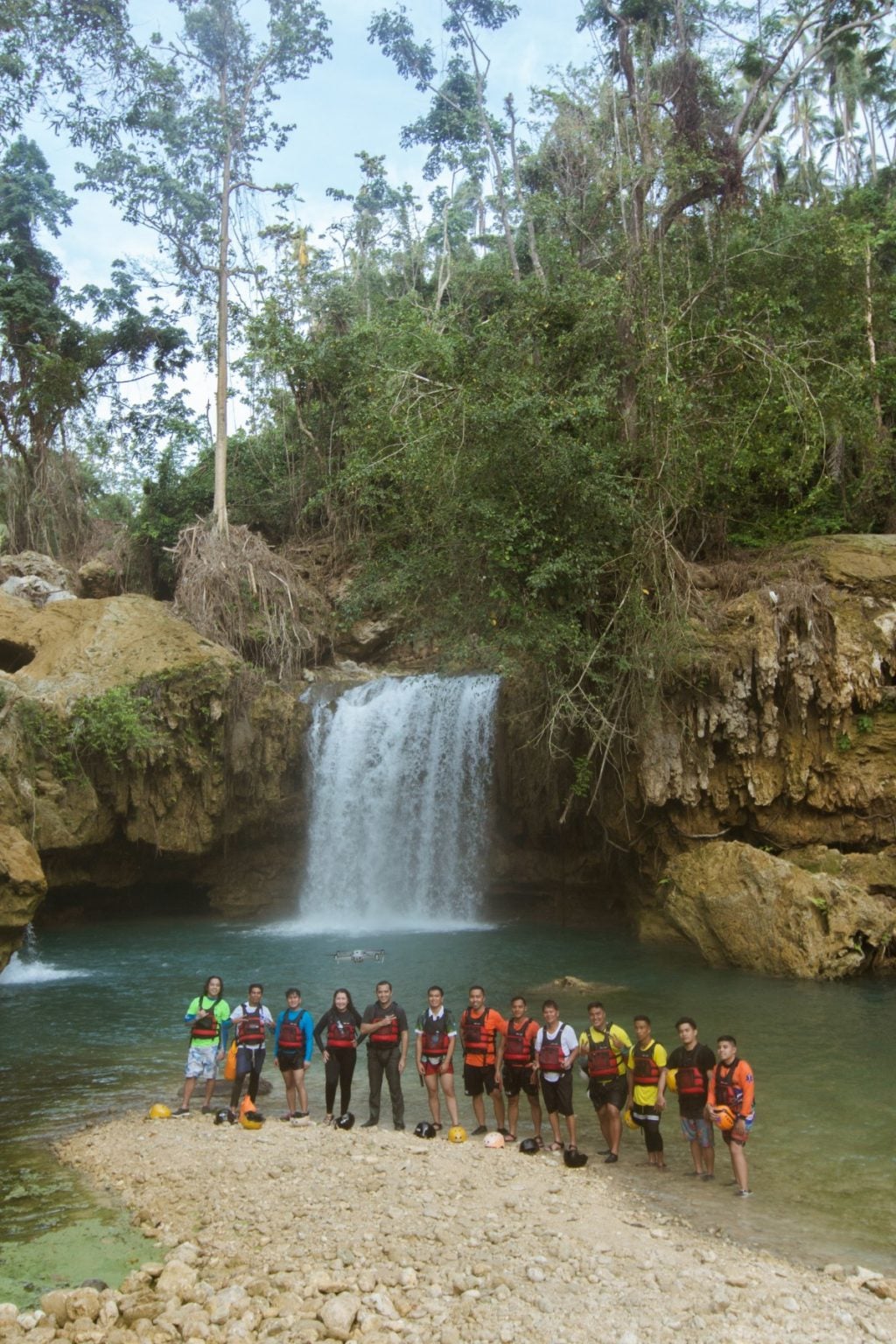 But adventure activities in Badian town were suspended due to the pandemic.

The local government, guides and private stakeholders prepared for its re-opening in the later part of 2021, but plans had to be shelved due to the destruction caused by typhoon Odette that hit Cebu in December of the same year.

A massive clearing of storm debris from the terrestrial and river routes took two months to complete.

“Since its resumption in February, foreign and domestic tourists have taken the plunge from these gorges of between 10 and 60 feet,” the DOT statement read.

Tamano said that with the resumption of canyoneering activities, adventurers also get to experience verdant and fresh landscapes during their visit and try to two new jump spots. 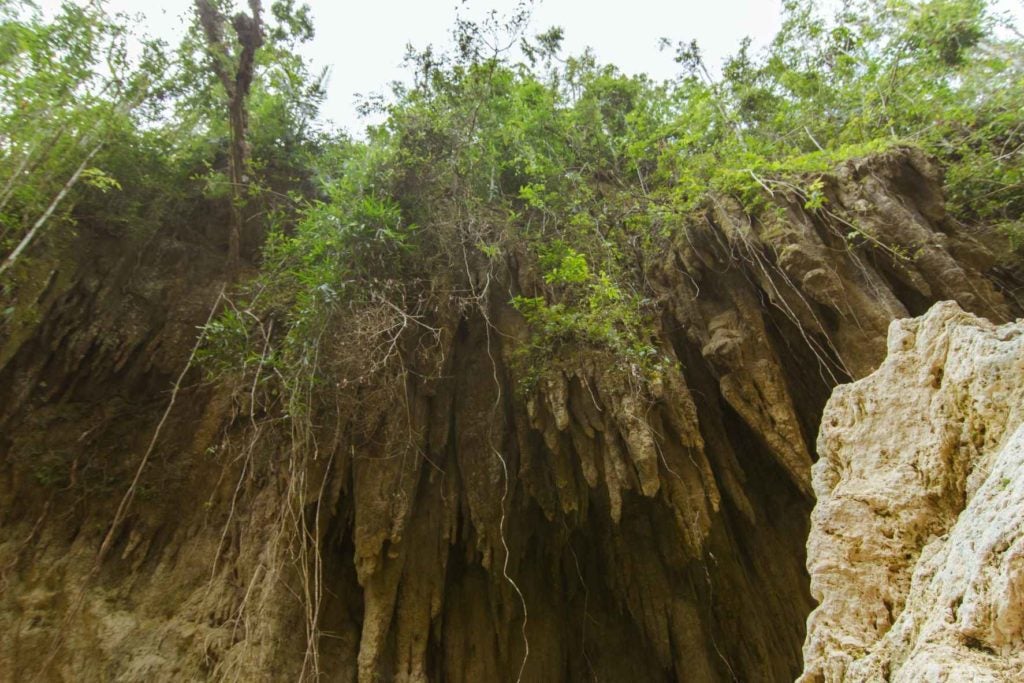 One of the beautiful spots along the canyoneering route. | Contributed photo

He said that Typhoon Odette has allowed a reset of the different sights located along the canyoneering route with fresh growths of various plants and tree species now visible in the area.

“Two new promontories have been identified and added to make a total of eight jump spots offered to thrill and adventure-seeking guests.”

Badian’s canyoneering adventure starts with a trek to Barangay Sulsogan. 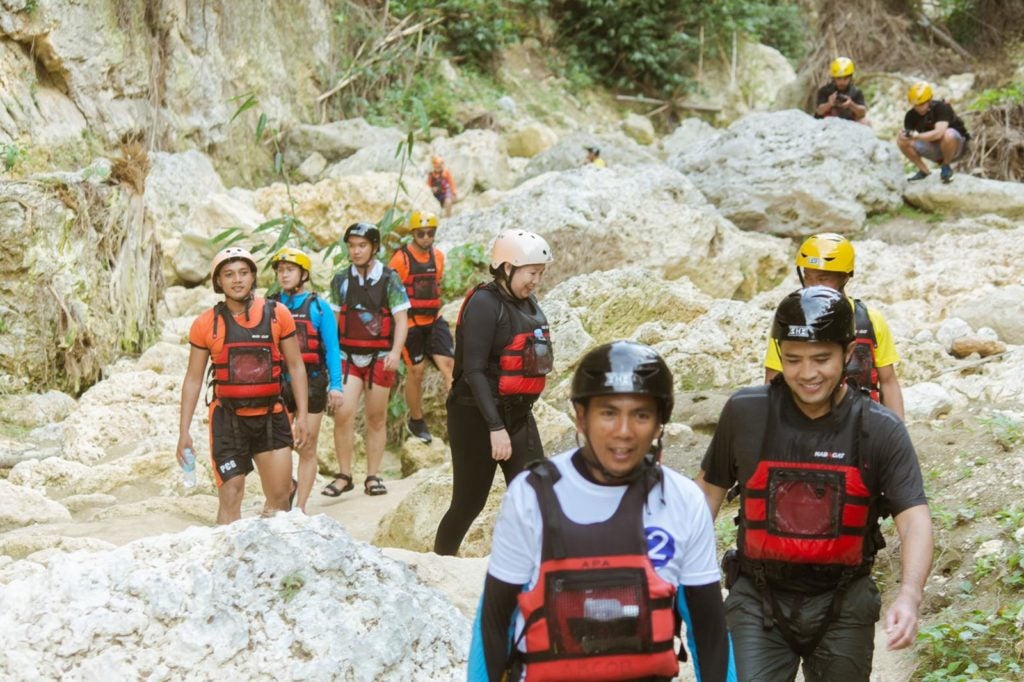 Guests are encouraged to plant narra or tugas saplings on designated a tree-planting area designated by the LGU that is located along the route.

The first adventure jump happens from an imposing promontory in Sulsogan and continues through 2.54-kilometers of thrills, passing through picturesque Barangay Baljaan.  This then leads to the Barangay Matutinao segment of the Kawasan River system.

No canyoneering in Kawasan Falls, Badian until further notice