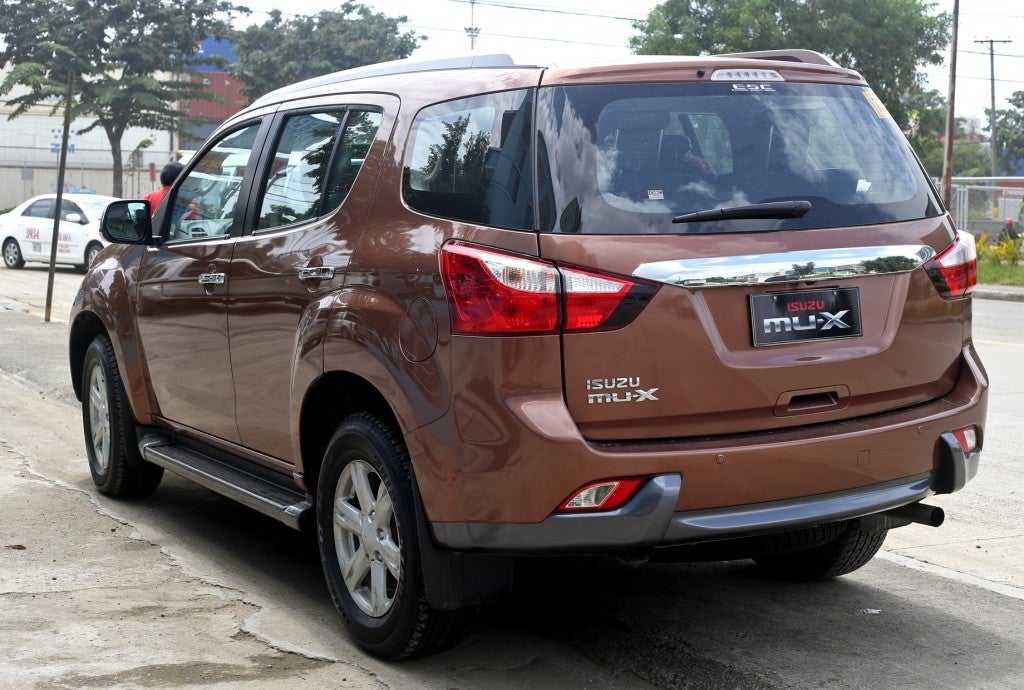 The rearside of the Isuzu MU-X is one of the best looking in its class. CDN PHOTO/JUNJIE MENDOZA

Ready to impress. This was the catch phrase used by Isuzu Philippines when it launched its all-new midsize sports utility vehicle, the Isuzu MU-X, in September.
The MU-X is Isuzu’s bet in the competitive midsize SUV segment, where it will be going up against some of the more famous SUVs in the road today such as the Mitsubishi Montero Sport, the Chevrolet Trailblazer and the aging-but-still-selling Toyota Fortuner.
For the MU-X to be able to compete well with these SUVs, it should really be able to impress. Can it?
Cebu Daily News wanted to be one of the first to find out in Cebu and we were given the chance last weekend when Isuzu Cebu lent to us an elegant outback brown-colored MU-X. The unit we had was the top-of-the-line LS-A 4X2 variant. There is also a 4X4 edition for the LS-A. The other two variants are the mid LS-M and the entry-level LS.
At first glance, the MU-X looked very familiar. 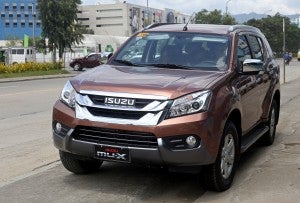 The face looks like the D-Max pickup truck, which means it is handsome.
CDN PHOTO/JUNJIE MENDOZA

Up front, the handsome SUV resembles the Isuzu D-Max pickup truck. That’s not surprising, though, because the D-Max, after all, is an Isuzu.
But looking at the MU-X sideways and from the rear reveals its similarity with a direct competitor—the Chevrolet Trailblazer.
After doing some research online, we found out that the MU-X was developed together with the Trailblazer. This means the MU-X is virtually a twin of the seven-seater from Chevy.
No wonder the MU-X boasts of a spacious interior. The Trailblazer has been known to be the most spacious in its class. But now that the MU-X is out, the Chevy may want to share that distinction with the Isuzu workhorse.
The roomy interior is highlighted by the comfortable third-row seats, which is not like most SUVs we tried that have cramped up space in the last row. The way going there is also easy, thanks to the fold-and-tumble feature of the second row seats.
Another thing we liked inside is the neat dashboard layout that also has a splash of Chevy in it with the circular climate control cluster and the dual glove boxes. 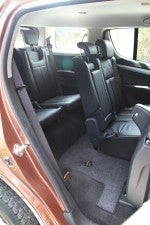 On top of the climate control is the 7-inch touch-screen that works as display for the audio unit, backup camera, navigation system, among others. Note that the navigation system is available across all variants. The MU-X also has a 10-inch roof-mounted drop-down DVD monitor but only on the LS-A variant.
But even with all these high-tech and convenient features inside, the MU-X won’t be able to impress us if it isn’t capable of offering a comfortable ride.
Suspension has been an issue with Isuzu before but not lately, based on the recent tests we had with the D-Max and the Sportivo X.
Not with the MU-X, too.
We took the SUV for a spin around the city on a Friday night, drove around for at least three hours on roads that were smooth as silk and as rough as hell (more of the hell part) and our occupants—some of them women who were very critical about bumpy rides—never complained a bit. We actually returned home to find the third row passengers fast asleep.
Now that we’ve proven that the MU-X is impressive inside and out, there’s one more goal that needs to be done: check out if this SUV’s diesel engine can walk the talk.
But should we even doubt Isuzu diesel? We all know that Isuzu diesel engines are among the best in the market and this is still true with the MU-X, which is equipped with a 2.5-liter common rail direct injection diesel power plant backed up by a variable geometry system turbocharger.
This combination produces a maximum of 136 PS of power and 320 NM of torque. These numbers don’t seem impressive compared to the MU-X’s competitors but actual test show that it can actually do what everyone else can do. We’re not here to race anyway.
So is the MU-X ready to impress?
I recently asked someone what characteristics makes a good SUV and this is what she answered: It must look good, must be comfortable inside, must have decent power and must be able to survive all types of challenges on the road, including flooded streets. The MU-X can pass all these with flying colors. We believe it can indeed impress. /with a report form motioncars.inquirer.net 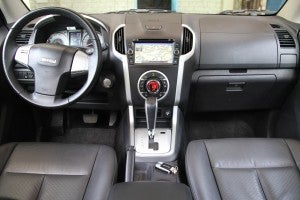 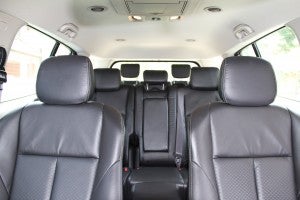 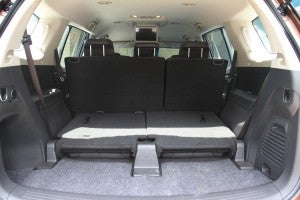 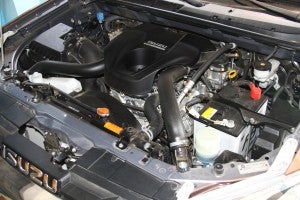