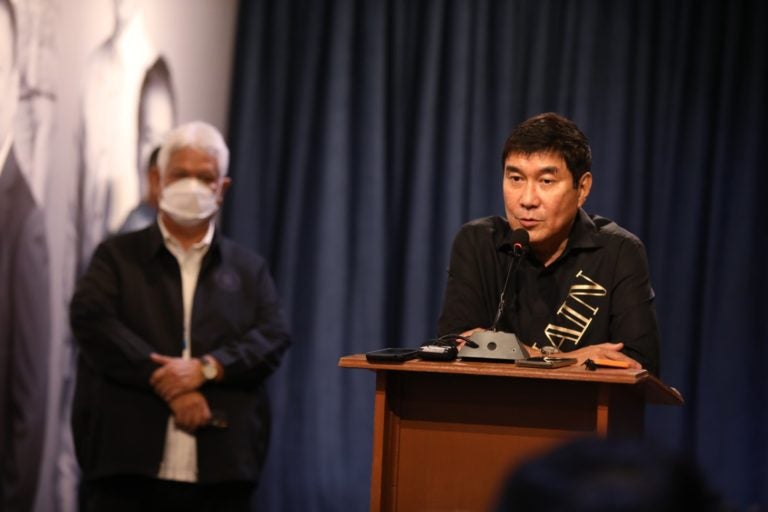 Senator-elect Raffy Tulfo speaks with reporters before attending a legislative process briefing in the Senate on Monday, June 27, 2022. Photo by Albert Calvelo/Senate PRIB

MANILA, Philippines — The government’s campaign against illegal drugs should no longer be “bloody,” Senator-elect Raffy Tullfo said Monday, as he advised the incoming administration to focus on rehabilitation.

“Huwag na dapat maging [It should no longer be] bloody, for me it doesn’t make sense,” Tulfo told reporters in an interview in the Senate.

Nevertheless, Tulfo said he likes how “aggressive” outgoing President Rodrigo Duterte is in fighting the country’s illegal drug problem but stressed the need to have more rehabilitation centers in the country.

(President Duterte’s drug war is good. As a matter of fact, I really like it, he’s aggressive…That, I’m sure, will be adopted by the incoming administration of President BBM, but if I am asked, I think there should be more rehabilitation centers. Let’s rehabilitate the addicts because what I noticed during the first few stages of Duterte’s anti-drug campaign was there were a lot of surrenderees.)

(They themselves go to the barangay, the police stations and admit that ‘I’m an addict, I want to change.’ But after that, the barangay chairman or chief of police would just write down the name of the surrenderees and their address, and then later we will just see them lying face down.)

The so-called drug war, which Duterte launched when he assumed power in 2016, has been highly criticized both domestically and globally.

Last year, the International Criminal Court (ICC) Pre-Trial Chamber allowed the Office of the Prosecutor to do a full-blown investigation into the crimes against humanity cases filed against Duterte in connection with the drug war killings.

The investigation, however, was deferred after the ICC granted the Philippine government’s request in November last year, based on the reasoning that the justice system in the country is fully functional.

“The Prosecution has carefully analyzed the information submitted in support of the Deferral Request, and concluded that the GovPH has not demonstrated that it has investigated or is investigating its nationals or others within its jurisdiction within the meaning of Article 18(2),” the Office of the Prosecutor said in its request.