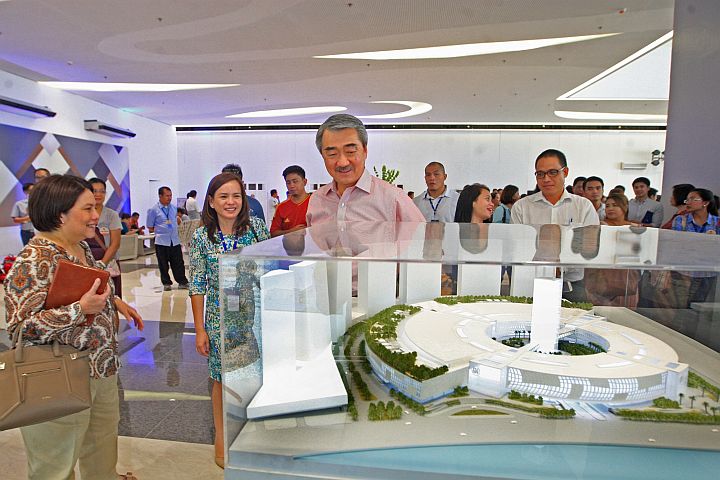 SM Prime president Hans T. Sy said the total project cost will be P30 billion. For the mall alone, Sy said they have already spent P7.5 billion since they started construction in 2011.

“At the rate that we’re going now, I say we will be increasing our investment to P30 billion from only P20 billion that we announced last time,” he said during the Tenant Preview of the mall yesterday.

The five-level mall, to be called SM Seaside City Cebu, is targeted to open this November.

Sy said they will build the SMX Convention Center next. The facility, which will have a gross floor area of 25,000 square meters, will be as big as the SMX in the Mall of Asia complex.

“We are very confident here. I’m putting a lot of eggs into this project,” he said.

The 30-hectare SM Seaside Complex will also have a hotel as well as high-rise office and residential buildings. These will be built within the next six years.

The new mall, which will be SM’s biggest in Cebu, will have an ice skating rink, cinemas, a multi-purpose theatre venue, two directors’ club for film, theatre and performing arts, a bowling center, a sky park and a 147-meter viewing tower.

Sy said the mall can accommodate 400 tenants. As of yesterday, he said about half have committed.

“We made it a point that half of our tenants are first in Cebu or those which still don’t have existing shops here and so far we have achieved that because I really told them that we have to make this mall different. Most of them are global brands,” he said.

SM Supermalls president Annie S. Garcia said the mall will have a gross leasable space of 130,758-square meters and a total floor area of 470,490-square meters. The parking space can accommodate 4,525 cars.

SM has opened two new malls this year, one in Cabanatuan and another in San Mateo, Rizal. Another mall is set to open in Caloocan.

SM Seaside City will be the fourth SM mall to open in the country this year.

An SM mall was also opened in China last January and will be followed by another mall in Shenzhen.

SM presently has 52 malls in the country and nine in China.

Read Next
7 firms willing to hire scholars without TORs