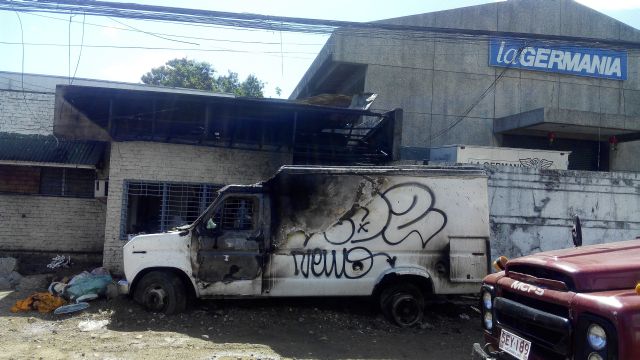 A burnt out shell of a vehicle is what’s left of the Dodge van parked beside the road along A.C. Cortes Ave. in Mandaue City. (CDN PHOTO/NORMAN MENDOZA)

A DODGE van owned by the Office of the President was destroyed by fire last Saturday afternoon while it was parked beside the road near the Department of Public Works and Highways  (DPWH) office along A.C. Cortes Avenue in Mandaue City.

The fire which was reported at past 12 p.m. last Saturday also gutted a part of the DPWH office.

SFO2 Nilo Cosido, arson investigator of Mandaue City Fire Department, estimated the damage to the DPWH office at P10,000 excluding the cost of the burned vehicle.

Cosido said they were checking the possibility that children playing inside the van could have started the fire.

Inigo Dingal, security guard of the adjacent warehouse near the DPWH office, told Cosido that he saw children playing inside the van a few minutes before the van caught fire.

Dingal said he didn’t mind the kids  playing inside the van because the vehicle had long been parked at the side the road, and he would usually see children playing inside it.

Cosido said the van was formerly used by NBN TV under the Office of the President during the time of former President Gloria Macapagal-Arroyo.

Cosido said he learned that the vehicle was first parked in the DPWH parking area, but it was moved beside the road in front of the DPWH office after nobody from Malacanang Palace came to get it.

The fire was the first fire alarm of the year for the Mandaue City Fire Department.