Three more resorts in Bohol and some restaurants in Cebu have joined the pilot  implementation of a government project that aims to help tourism establishments secure halal certification.

Halal refers to food allowed under the Islamic Sharia Law.

She said an inspection team has visited the hotels and resorts that were invited to participate in the project.

DOT earlier identified 10 hotels and resorts in Cebu for the pilot implementation of the project. 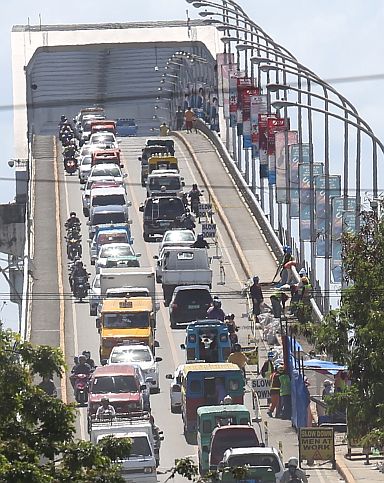 Bumper-to-bumper traffic on the first Mactan-Mandaue Bridge is seen to discourage tourists from visiting Cebu.

Montecillo said DOT is set to “aggressively sell” the tourist destinations in the region to the Middle East,  Australia and India this year.

The halal certification project is in preparation for the influx of tourists from the Middle East.

Other target markets this year include Australia and India.

Montecillo said they were not going to be complacent, given the increase in arrivals last year.

A partial report released by DOT said Central Visayas received 4.45 million tourists in 2015, a 10.46 percent increase from 4.03 million in 2014. The region surpassed the 4.4-million target for last year.

Of the number, Cebu received 3.32 million domestic and international arrivals.

Montecillo said the opening of new direct flights from Cebu are expected to bring “warm bodies” into the region.

“In the last quarter of 2014 we had the Osaka, Nagoya and Tokyo flights. Last year, we also had additional flights and this year, we’re expecting even more. We attributed most of the growth to that,” she said.

DOT targets to attract 5.82 million tourists to Central Visayas this year, or  1.5 million more than 2015 arrivals.

“This is all good news for us, but even if we exceeded targets, we don’t stop efforts to make Cebu a more compelling destination,” said Tetta Baad, Cebu City Tourism Commission chairperson.

However, Baad said some concerns might adversely affect tourism growth in the region. She cited the traffic congestion that hampers mobility in Metro Cebu.

“This immediate issue of passenger traffic on the roads has to be solved. How can we accommodate the increase in arrivals from the airport without that? It is already at a critical level,” she said.

She noted that a trip from Consolacion town in northern Cebu to Cebu City, which used to take only 30 to 45 minutes, takes around two hours now.

“We used to be able to boast about Cebu’s destinations. Now that is already beginning to fade away. We have to fix the problem,” Baad said.