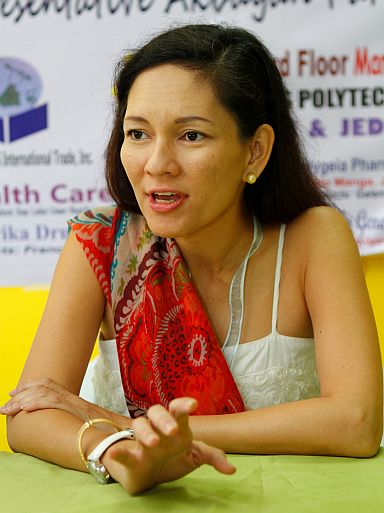 “SIN” taxes should be used to subsidize an expanded government health care program.

Senatorial aspirant Riza Hontiveros said PhilHealth benefits should be expanded and the cost should be subsidized through an efficient utilization of taxes from cigarettes and liquor, more popularly called “sin” taxes.

Hontiveros is running as a guest candidate under the Liberal Party.

She said it is significant that the subsidy be taken from sin taxes, which she added, has reached P35 billion, based on reports from the Bureau of Internal Revenue (BIR).

Hontiveros, a former PhilHealth director said beneficiaries and categories should include senior citizens, persons with disabilities, people from the rural health sector, farmers, fishermen and indigents.

She said there are 92 million PhilHealth members in the country and half of them are indigents.

“These can be done through efficient utilization of sin taxes until the local government units (LGUs) can operate them financially,” Hontiveros added.

Hontiveros was in Cebu for two days and met with a group of farmers from the Visayas region. She encouraged them to become Philhealth members.

She said some fishermen and farmers are unaware of the Philhealth program in the country. /Correspondent Michelle Joy Padayhag