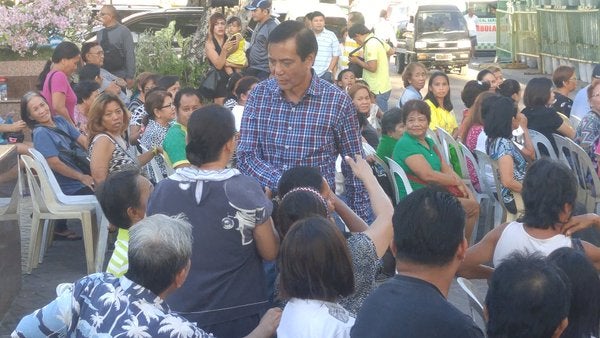 Nearly 1,000 supporters of Cebu City Mayor Michael Rama joined him and the rest of Team Rama in a four-hour rally at Plaza Sugbu to protest the proclamation of mayoral candidate Tomas Osmeña.

“We have been cheated by those vote-counting machines! We have been robbed. They (Bando Osmeña-Pundok Kauswagan) stole votes from Mike Rama,” Rama said which agitated the crowd.

The crowd which grew thicker as the night passed listened as each Team Rama member spoke out against the alleged cheating that occurred.

Rama’s legal team headed by Councilor-elect Jocelyn Pesquera also announced that they will file an election protest in the next 10 days to counter Osmeña’s win, on grounds that Osmeña’s camp used the VCMs to steal votes from him.

Pesquera said she received reports that people who voted Rama for mayor had receipts that showed they voted for Osmeña instead or that they did not vote for a mayor at all.

Pesquera also accused Osmeña’s camp of vote-buying by presenting a P500 bill attached to a sheet of paper with Osmeña’s name and Mayor printed on it.

Vice Mayor Edgardo Labella, the mayor’s son Mikel Rama, his daughter Micheline Rama, and the rest of the Team Rama slate were there to show their support for their standard bearer.

A signature campaign was also started by the supporters last night to support Rama’s claim that he was cheated in the elections.