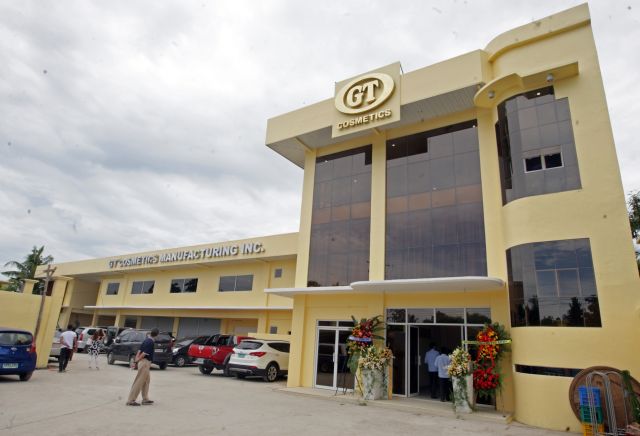 Salvane, who is also GT Cosmetics vice president and chief operating officer, said that the plant is their answer to the anticipated growing demand once the ASEAN economic integration goes full blast.

“We are slowly eyeing expansions in the different markets within the region so we are setting up our production capacity ahead,” said Salvane.

She also said that the new plant located in Tayud will replace their old plant in Yati, Liloan.

It will house their production area, research and development area and their operations as the old plant will be vacated to become an extension storage area for their bulk ingredients that cannot be accommodated in their warehouse.

She said that the company currently employs 350 workers.

Salvane also announced their new deodorant line which they started to introduce in April this year. She said they have many products now in the pipeline which they will be introducing soon depending on their research and development team.

Salvane said they remain confident of the skin care industry which according to Department of Trade and Industry chief of the Trade Development and Investments Division Minerva Yap is projected to continue to expand especially in the Asia-Pacific region.

“Based on global figures, sales in the skin care industry is expected to reach $131 billion this year and will continue to expand,” said Yap.

She added that sales for skin care products will see more expansions in the Asia-Pacific region with the biggest market in China.

“China makes up 60 percent of the region’s market. In the Philippines, the skin care products grew by 4 percent based on 2015 performance. The market has also shifted from old buyers to more of the younger buyers, fueling more demand for the products in the years to come,” she said.