Blackwater’s Gilbert Bulawan collapses in practice, passes away at 29 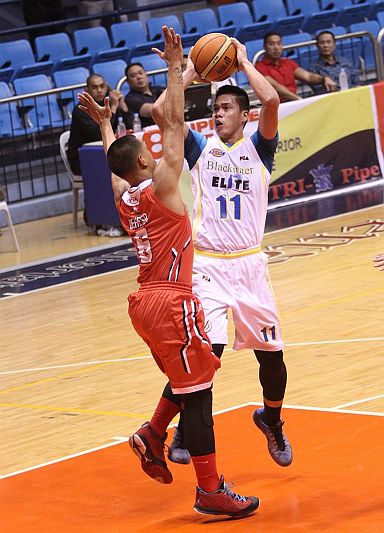 Gilbert Bulawan of Blackwater shoots over Karl Dehesa of Kia in this file photo.

A native of Legazpi in Albay, Bulawan would have completed his second year with the Elite, who picked him up as the 15th overall choice in the Expansion Draft before the 2014 PBA Season.

According to reports, after practice yesterday at SGS Gym in Quezon City, Bulawan just went over to teammate Reil Cervantez before falling, a victim of what team officials fear was cardiac arrest.

The 6-foot-5 member of San Sebastian’s champion NCAA team of 2010, played for a total of four teams in a pro career that started in 2011.

“On behalf of the PBA, I would like to extend our deepest sympathies to (Bulawan’s) family and I would like to request everyone to pray for his eternal and peaceful rest,” said PBA commissioner Chito Narvasa.

Read Next
Tropical Storm ‘Butchoy’ to enter PH on Tuesday