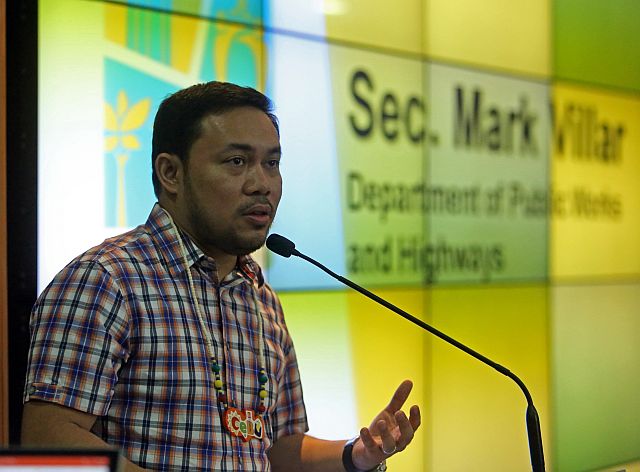 He said the 55-millimeter rainfall in Cebu that caused massive flooding and traffic gridlocks in many parts of Metro Cebu was really alarming.

“As soon as we heard about it, we immediately wanted to get involved,” he said during a consultative meeting with Mega Cebu stakeholders in Cebu City Wednesday morning.

The Mega Cebu platform is a consortium of government, private and civil society stakeholders that envisions sustained urban growth in Metro Cebu up to 2050.

He gave the same assurance to local officials during a separate gathering at the Cebu Country Club in the afternoon.

“It’s a warning that I think, being local government officials, we should all take to heart. We should act as soon as possible to make sure we will be well prepared to address any potential catastrophes in the future,” Villar said.

He asked the mayors and congressmen for their support as he also vowed to make sure that projects addressing floods would be included in the 2017 national budget.

“My assurance that I can give you as DPWH secretary is we will give you all the support that you need to address this problem in Cebu,” he told the local officials.

Among the proposed plans of action of DPWH are the creation of a comprehensive drainage master plan, the implementation of the flooding and drainage projects left from 2015, and continued upgrading of existing drainage systems in Metro Cebu.

These include improvements on the Subangdaku, Tipolo, and Tejero rivers in the cities of Mandaue and Cebu, to allow floodwaters to easily flow to the sea.

He said these projects will be undertaken by the Unified Project Management Office Flood Control Management Cluster (UPMO-FCMC).

The proposed projects are now in the final design and engineering stage with consultants still determining limits through surveys.

Canlas cited as among the reasons behind the massive flooding in Metro Cebu, the encroachment of informal settlers within waterways; non-observance of required easements; improper disposal of garbage; cement residuals from industries along national roads and insufficient outfall allocated inside private establishment compounds. He cited the need for planning, which Mega Cebu and the DPWH are currently undertaking; the resolution of right-of-way problems, especially along waterways where informal settlers live and the construction of more dams.

Gordon Alan “Dondi” Joseph, president of Cebu Business Club and chairman of the Mega Cebu executive committee, said that DPWH should also consider the human aspect of their projects.

He urged the DPWH to expand its budget to cater to informal settlers that will be affected by ROW acquisitions and other developments.

“We hope these projects will be implemented within the year,” Canlas said.

Meanwhile, the Talisay City government will conduct a desilting operation on Friday to minimize clogging of its drainage system in Barangay Tabunok.

“Hazel Sevillino, Talisay City Public Information Officer said the engineering department will spearhead the project which will start near the Tabunok Public Market and end in Barangay Lagtang.

Read Next
COA: Don’t get supplies from middlemen