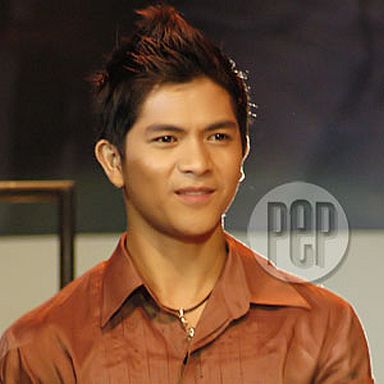 CEBU CITY–Cebuano singer Jay-r Siaboc, who was runner up in the Pinoy Dream Academy (PDA), surrendered to the police in Toledo City, western Cebu, out of fear for his life after rumors spread on social media that he was a drug pusher.

Siaboc, 29, told Supt. Samuel Mina Jr., acting chief of the Toledo City Police Office (TCPO) that he also wanted to change his life for the better.

The performer was one of the 528 drug suspects who surrendered to the police in Toledo on Tuesday.

Of the number, 100 were drug pushers and 428 were drug users including Siaboc, a government employee and two minors aged 17.

Mina said that Siaboc was accompanied by his wife and his cousin when he went to his office about 11 a.m. on Tuesday.

He said he talked to Siaboc who admitted using drugs with his wife but denied that he was selling the illegal substance.

“He confessed that he’s been using drugs but not a peddler,” Mina told the Inquirer over the phone.

Siaboc was subjected for tactical interrogation where he told the police that he got his supply from his friends in Barangay Awihao whom he did not name.

Siaboc also signed a waiver and would be monitored by the police.

Another 200 batch of drug suspects were being processed at the Barba Sports Complex on Wednesday since the TCPO could not accommodate a large number of people.

“Like other surenderees, Jay-R fears for his life and that he wanted to be a changed man. He should undergo rehab,” the policeman said.

But Siaboc’s wife Trisha May clarified that he went to the Toledo City Police Office “to clear up his name, not to surrender.”

“We are not involve in any illegal transaction. We live in a descent way and we are raised well by our parents,” she said.

“We would be much happier if the authority will conduct an investigation. You are so welcome. Our life is an open book,” she added.

Based on the records of the Police Regional Office in Central Visayas (PRO-7), a total of 25,219 self-confessed drug users and 3,013 drug pushers surrendered to the different police stations in the region since the Oplan Tokhang was implemented last July 1.
Tokhang is short for “toktok-hangyo,” a nationwide campaign of the Philippine National Police to warn illegal drug peddlers and users that law enforcers are going after them if they don’t decide to give up the trade.

Surrenderers who had no pending arrest warrants were allowed to go home after signing a document where they promised never to be involved in illegal drugs.

“So far, we’re successful in our Oplan Tokhang in the region. But I expect more drug users and pushers to surrender in the coming days. Tuloy-tuloy na ito,” said Chief Supt. Noli Taliño, PRO-7 director.

Born Eduardo Siaboc, Jr., the young actor and singer started as a student of Pinoy Dream Academy, a singing competition on ABS-CBN.
He became a first runner-up next to Yeng Constantino who was proclaimed the “Grand Star Winner” of the first season in 2006.

The youngest of five siblings, Siaboc lived in Manila with his uncle who introduced him to the band scene.

He pursued his dream and became the vocalist of Scrambled Eggs.

Siaboc first appeared on television on Your Song and then in the prime time TV series Pangarap na Bituin. He also starred in the action TV series Palos.

The Cebuano performer also left some music hits as “Hiling” and “May Tama Rin Ako.”