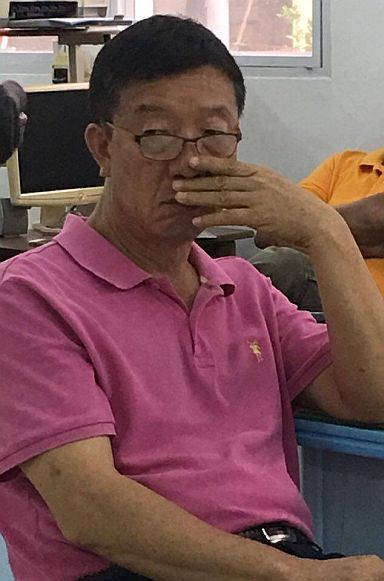 AGENTS of the National Bureau of Investigation in Central Visayas (NBI-7) yesterday arrested a Korean fugitive who was convicted of forgery in South Korea in 2015.

Chong Choul Choi, 64, reportedly did not attend the promulgation of his case and instead flew to Cebu where he has been hiding since last year.

Arnel Pura, NBI-7 Special Investigator, said they received a request from Kwon Soonchal, chief of the International Cooperation Center or the Supreme Prosecutors’ Office in South Korea, on March 11 to look for Choi.

It was about the same time when the NBI entered into an agreement with the International Cooperation Center for the bureau to facilitate the deportation of Korean nationals in the Philippines, he added.

A four-month surveillance operation led the NBI agents to a house rented by Choi in Barangay Pajac, Lapu-Lapu City. A team of NBI-7 agents led by Pura went to the house in Pajac and arrested Choi at about 3 p.m. Choi did not resist arrest and refused to give statement to the media.

“We need to process his deportation and will bring him back to South Korea,” said Pura.

Choi, who was engaged in bank loan management in South Korea, purportedly forged the signature of his wife and brother-in-law to claim close to 256 million Won or P10.6 million from Livestock Cooperatives’ Geumam Branch in the late 1990s.

On May 30, 2015, Choi was convicted to a jail term of one year. He flew to the Philippines two months before the verdict was issued.