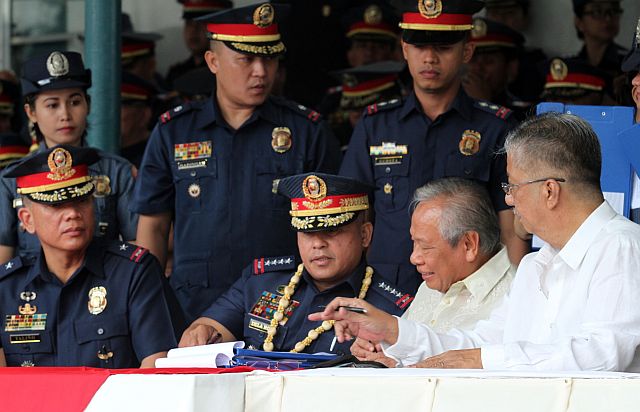 MEMBERS of the Philippine National Police (PNP) in Central Visayas no longer have reason to worry about lawsuits from people claiming to be victims of police brutality and abuse.

A group of retired judges, government prosecutors and private law practitioners have bonded together to render free legal assistance to defend policemen slapped with charges while in the performance of their regular duties.

The signing held at Camp Sergio Osmeña in Cebu City was witnessed by the head of the Philippine National Police (PNP), Director General Ronald “Bato” Dela Rosa, who encouraged policemen to just do what they need to do without fear of investigations that might be conducted after.

“We, policemen, just need to perform our roles otherwise we will end up a narco-state,” said Dela Rosa.

“When the smoke clears up after a battle, I want to see our policemen standing while the criminals are down,” he added.

Dela Rosa, who was in Cebu for his first command visit, assured upright policemen of his support.

“I’m willing to fight with you, even to the point of going to jail. Let us save and protect (the country) not illegal drugs and money,” he told local police.

“Don’t get distracted by investigations being conducted against you. The Commission on Human Rights for example has the mandate to investigate. Don’t treat them as enemy,” Dela Rosa said.

PRO-7 newly appointed director, Chief Supt. Noli Taliño for his part said that people of Central Visayas deserve nothing less from the police.
“Change is now happening in the PRO-7. Fresh bloods are now injected in the vein of this organization. We need to revitalize.” Taliño said.

Read Next
Osmeña to DILG: Sue me!