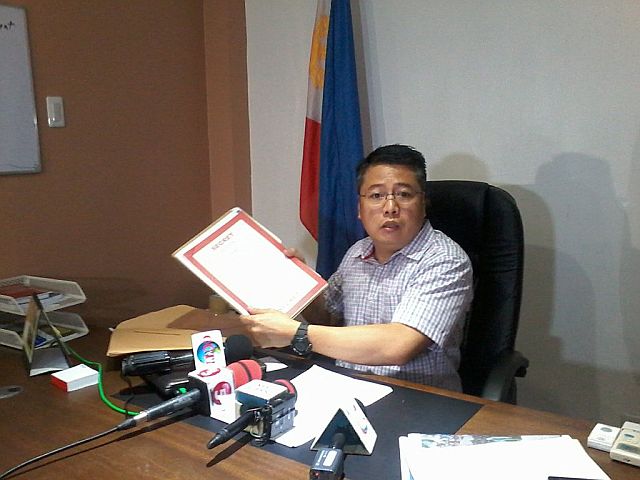 AS a new chief takes over its helm, the Philippine Drug Enforcement Agency in Central Visayas (PDEA-7) aims to get the “big fishes” in the illegal drugs trade.

“I have the list of their names, and I promise to look for them one after the other,” said Yogi Filemon Ruiz who assumed his post yesterday.

PDEA is the implementing arm of the Dangerous Drugs Board (DDB), a policy-making body created under the Comprehensive Dangerous Drugs Act of 2002 (R.A. 9165). PDEA is tasked with the enforcement of the penal and regulatory provisions of R.A. 9165 and is civilian in character. DDB and PDEA are under the supervision of the Office of the President.

Ruiz, a native of Cebu City, was transferred from the Calabarzon area, formally known as the Southern Tagalog Region, to lead PDEA-7 in the fight against illegal drugs.

He was appointed by PDEA Director General Isidro Lapeña to replace Ronald Allan Ricardo who was transferred to Bicol.

Ruiz said he hopes to change the public’s perception of PDEA which, for years, has been accused of either inventing operations to extort money from people or coddling drug syndicates.
“From now on, there will be no invented arrests. I will relieve any operative who will do something stupid,” he said.
PDEA, he said, will coordinate with Chief Supt. Noli Taliño, director of the Police Regional Office in Central Visayas (PRO-7) in the conduct of their anti-illegal drug operations.

Ruiz yesterday showed reporters a folder purportedly containing names of top drug personalities in Cebu and in other areas in Central Visayas.

Its contents were kept confidential.

“These are our targets. And I hope these people won’t resist arrest or else,” he said.

Asked if Peter Lim is on the list, Ruiz said, “I can’t confirm whether or not he’s on our list. I’ll have to go over it.”

Ruiz appealed to the public to give him the chance to lead PDEA-7.

“I’m a Cebuano, and I won’t do anything to put you to shame. Just give me a chance to prove myself. Wait and see,” he said.

Ruiz is optimistic that law enforcers will be able to eliminate or reduce illegal drugs within three to six months.

“Anyone who sells illegal drugs now is like committing suicide,” he said.