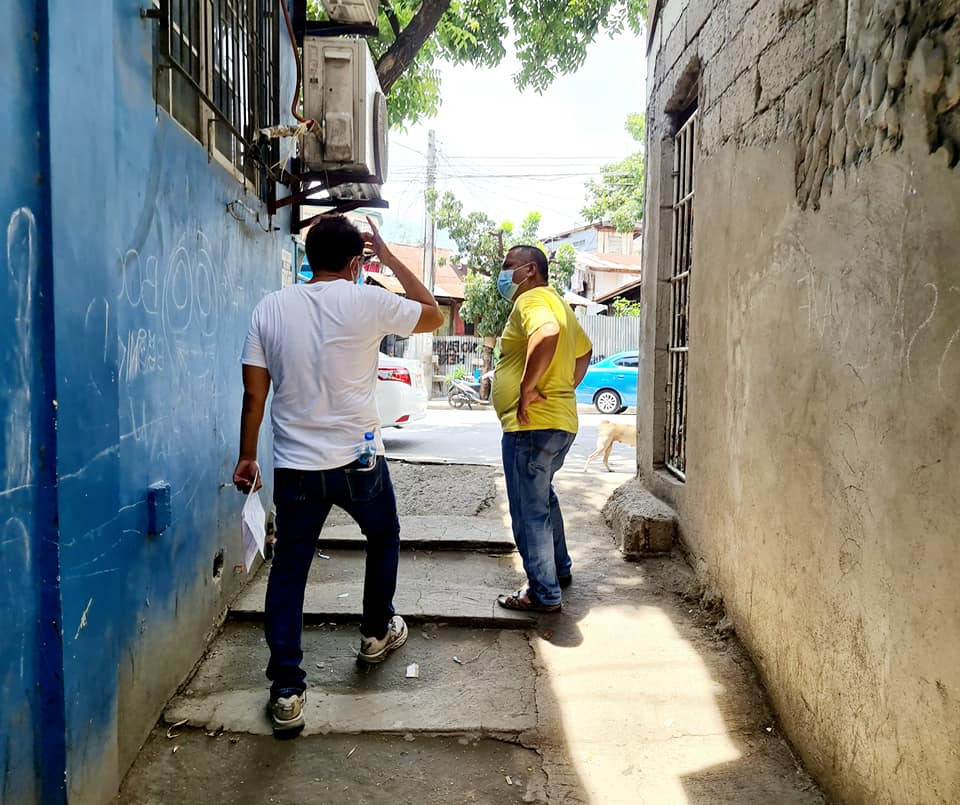 CEBU CITY, Philippines — The Cebu City government has made a commitment to complete the recovery of an access road in Barangay Hipodromo in a month’s time to give residents in the area better access, especially during emergencies.

Councilor Jerry Guardo said they are now in the preliminary stages of their preparations for the project implementation which they hope to complete before the end of October.

The project implementation is in response to a recommendation from the Bureau of Fire Protection (BFP) following huge fire incidences in the area in 2018 and in 2019.

While a portion of the barangay faces M. J. Cuenco Avenue, a national highway, a huge part of Barangay Hipodromo that sits on an old horseracing arena or hippodrome, is located in an interior portion.

The access road that the city government will try to recover is a 3-meter wide access road that has been blocked by illegal structures, rendering only a meter and half that remains passable to people and motorcycles.

Guardo, the City Council’s committee on infrastructure chairperson, visited the area recently for a site inspection.

In a Facebook post, Guardo said that Mayor Edgardo Labella has already given the instruction for the Department of Engineering and Public Works (DEPW) to complete the access road widening project before October 30, 2020.

“We have set the date for the opening of [the] Road on or before October 30, 2020, after we send Notices to Owners of illegal Structure to voluntarily Demolish their houses which will be affected by the Road Opening otherwise, Members of our PROBE (Prevention, Restoration, Order, Beautification, and Enhancement) Team will volunteer to do it for themselves,” Guardo said on his FB post.

The small access road that will connect to the Ayala Access Road at the Cebu Business Park will be widened up to 3 meters to allow the entry of fire trucks, ambulances, and other emergency vehicles into the community, one of the thickly populated barangays in the city.

Guardo said that the initial plan was to restore the road’s original six meters width but this is expected to take time because of the need to acquire nearby lots and structures that will be affected by the project.  For now, Guardo said they decided to just focus on the widening of the access road to three meters.

Before they officially start with the project implementation, Guardo is asking nearby residents to voluntarily demolish parts of their existing structures that are encroaching the road.  Initially, they saw two houses blocking the road’s access to the Ayala Access Road.

“We will talk to the household so we can convince them to take down portions of their houses that have encroached the road or else, we will have to demolish them,” Guardo said.

Structures that will continue to obstruct the road during the start of implementation of the road widening project will have to be removed by city’s Prevention, Restoration, Beautification, and Enhancement (PROBE) team. / dcb