While the past year meant a lot of different things to different people, it mostly reinforced the indomitable spirit of the Filipino, our capacity to celebrate kindness, our drive to lend a helping hand even when we have nothing left to give, and our hopeful resolve.

The arrival of COVID-19 vaccines in the country and the start of inoculation of priority sectors are welcome developments, but we still have a long way to go before we can truly say that things are back to normal. But things are already starting to pick up, with some analysts predicting the Philippines to be back on its feet in 2022. 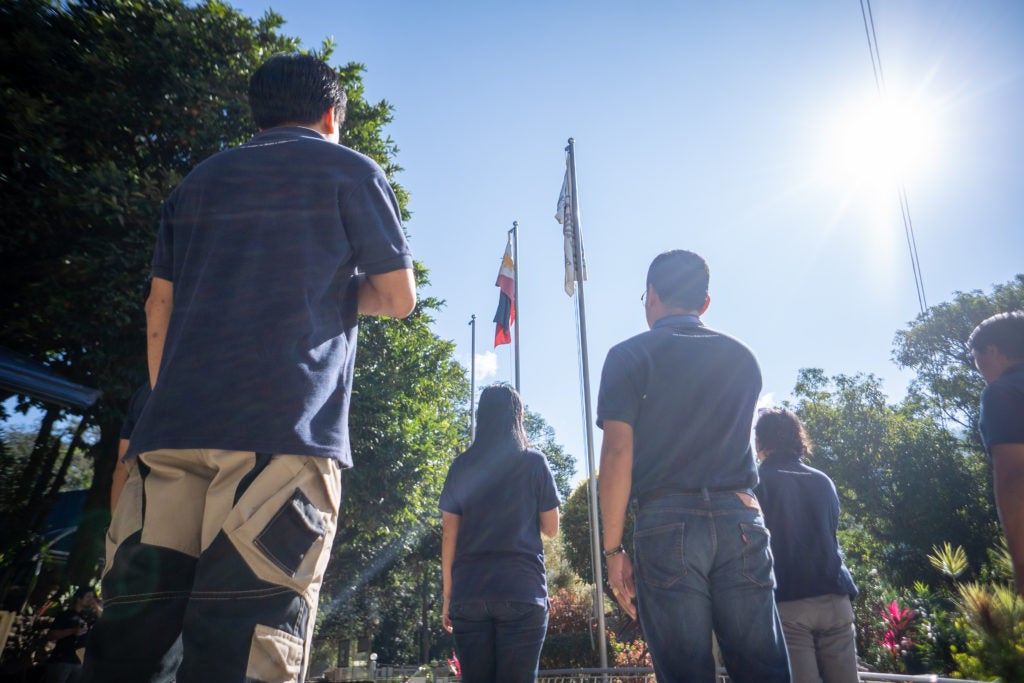 Team members of SN Aboitiz Power’s (SNAP) Binga Hydro in Itogon, Benguet pay respect to the Philippine flag during one of the company’s flag ceremonies in 2019. | Contributed Photo

The growth of the Philippine economy has always been directly proportional to energy consumption, and thus entails a rising demand for reliable power if we are to expect sustained economic expansion post-pandemic. With decreasing costs of electricity in the country, calls for renewable energy as the immediate alternative source for baseload power have been growing as well. But at this point, the Philippines can’t solely rely on renewable energy just yet due to limitations such as intermittence, particularly with wind or solar power. Baseload energy supply is still needed to ensure that we have available, adequate, and cost-efficient electricity.

AboitizPower, considered one of the Philippines’ leading power companies, is further transitioning to more renewable energy sources in response to climate-related risks and in support of the government’s efforts to build the renewable energy market in the country. The company is proof that we may not be where we want to be now, but we’re surely getting there.

Long before it became what it is today, AboitizPower was a pioneer in renewable energy, having had its first Cleanergy facilities operated by Hedcor as early as the 1970s. Hedcor, formerly standing for Hydro Electric Development Corporation, simply became known as Hedcor, Inc. following a de facto merger between Northern Mini Hydro Corporation and HEDCOR with Benguet Hydro Corporation. 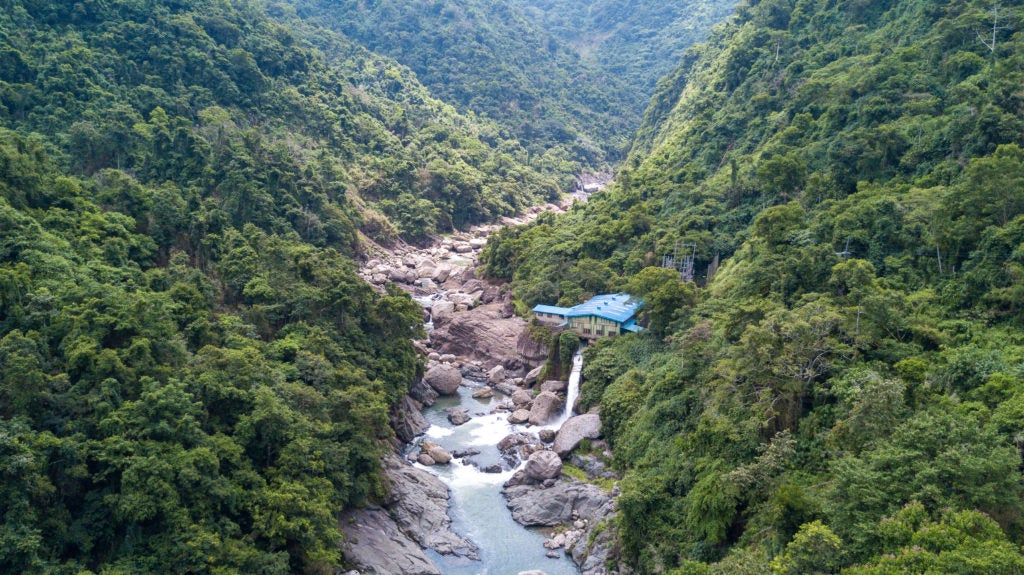 Hedcor’s Ampohaw Hydro located in Banengbeng, Sablan, Benguet harnesses the power of the Balili river. It was built in 1991 with an initial capacity of 4 MW. It was later expanded in 1994 to have a capacity of 5.2 MW and again in 1996 to produce 8 MW of clean and renewable energy for the province of Benguet. | Contributed Photo

Today, Hedcor manages and operates 22 run-of-river hydropower facilities spread across Luzon and Mindanao, supplying the country with 278 megawatts of Cleanergy, which is AboitizPower’s brand for clean and renewable energy.

With Hedcor’s early development as a leader in Cleanergy generation in the Philippines, AboitizPower has since invested in other renewable energy spaces, such as geothermal, large hydro, and solar energy facilities across the country.

To learn more about how AboitizPower is using its #PositiveEnergy to create a lasting impact on the country and the rest of the world through its sustainability initiatives, check out www.aboitizpower.com.

AboitizPower, together with its partners, is now the country’s largest owner and operator of renewable energy based on installed capacity. Over the next decade, the company is set to expand its Cleanergy portfolio in support of the government’s efforts to promote renewable energy in the country and to serve as the organization’s contribution to the global renewable energy targets. By 2030, AboitizPower is targeting an almost 50:50 Cleanergy and thermal capacity mix. 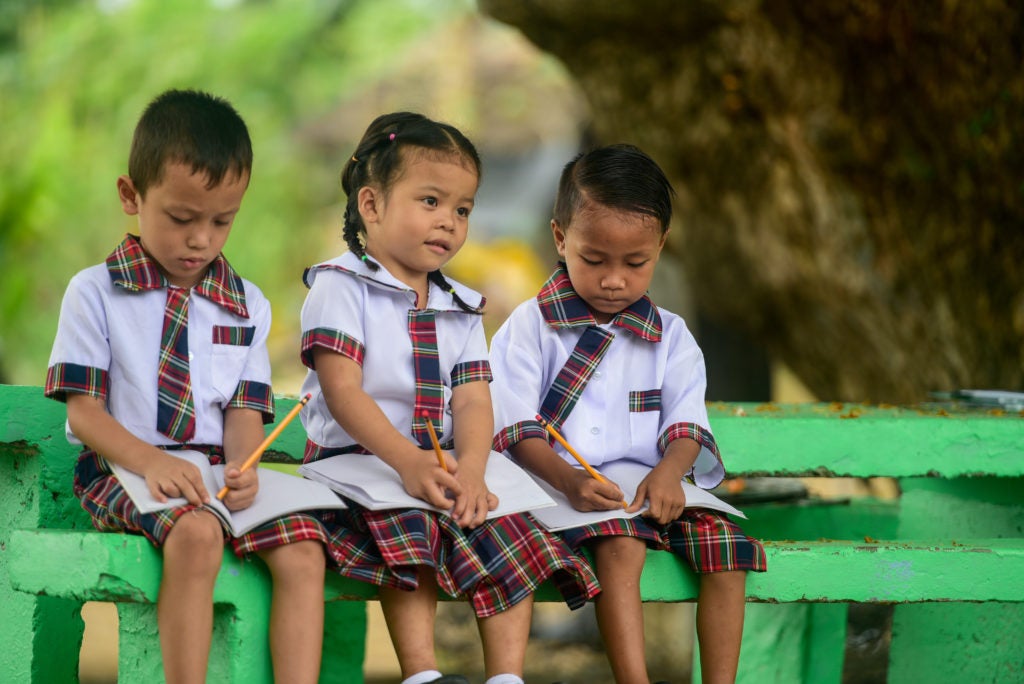 Pre-school students of Barangay Talave in San Carlos City, Negros Occidental enjoy the shade of a tree while doing some of their school work. | Contributed Photo

This transition isn’t something foreign to AboitizPower. It is simply revisiting and embracing its roots to help create a better and more sustainable future for every Filipino. The growth of its Cleanergy portfolio is the key driver of AP’s energy transition journey in the next 10 years, which will ultimately address the country’s trilemma of reliability, affordability, and environmental sustainability of power supply.

As the Philippines bounces back from the devastation wrought by the global pandemic, AboitizPower will be here keeping the lights on, powering the nation with a balanced capacity mix, and transitioning into a more sustainable company for the benefit of every Filipino.

To learn more about how AboitizPower is using its #PositiveEnergy to create a lasting impact on the country and the rest of the world through its sustainability initiatives, check out www.aboitizpower.com.