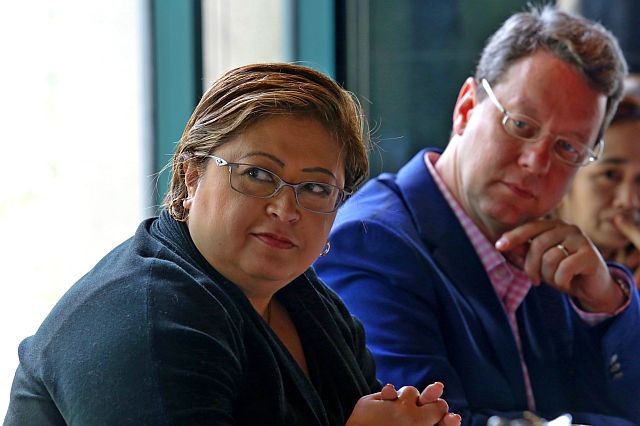 The Henry Sy-led conglomerate SM Investments Corp. (SM) is primed to expand to Visayas and Mindanao where huge potential for growth is seen.

Corazon Guidote, SM senior vice president for investment relations, said the company plans to aggressively reach out to the regions outside Metro Manila this year.

“There is still room for growth within Metro Manila, but more so in the provincial areas,” she told reporters in a discussion on Monday in Cebu City.

One of the SM Investments Corp.’s expansion projects in the regions will include the plan of the firm’s SM Markets, which is composed of its food group and specialty stores, to introduce a mini mart format nationwide.

The format, dubbed as Alfa Mart, which is patterned after an Indonesian concept of the same name, would be the first of its kind operating in the Philippines.

“It’s like a bigger ‘sari-sari’ store except it’s airconditioned and has two ATMs. It’s also different from convenience stores because frozen ready to cook meat is available there,” she said.

She added that the mini mart’s product prices are the same as that of SM supermarket’s.

Guidote said the introduction of this format would not kill sari-sari stores as they could both exist and complement each other.

“Since Alfa prices are lower, sometimes sari-sari stores may even get their supplies from the mini marts,” she added.

She, however, did not reveal when these stores would be launched in the Visayas.

There are currently 160 mini marts scattered all over Luzon, 10 of which are in Metro Manila. SM first introduced the concept last year.

The Alfa Store concept is part of SM Market’s multi-format growth strategy to address the lack of organized retail in many parts of the country.

The other formats used by SM Markets are the Supermarkets, Hypermarkets, Savemore and Walter Markets.

Tim Daniels, SM consultant for investor relations, said that only a third of the country’s food is sold in a formal retailing format.

There is still two-thirds of the market that should be served.

Yesterday, Guidote was also in Cebu to reach potential retail investors, especially since most of SM’s capitalization had come from foreign institutional funds in the last 11 years.

Since listing in the stock market in 2005, SM’s market capitalization has grown by 19.8 percent per annum to P837.2 billion as of August 18 this year from P127.2 billion more than a decade ago.

The company has earmarked P70 billion to P80 billion each year in its expansion bid in the Philippines, fueled by the local economy’s momentum.

“The Philippines is in a good spot at the moment, growing at 6 to 7 percent. The middle class is also expanding and their spending power is increasing,” she added.

Guidote also expressed confidence in the Duterte administration’s drive to revitalize agriculture in the country, saying this would ensure more inclusive growth.

Since agriculture employs and supports 50 percent of the country’s population, she said a boost in the sector would help augment the income of those living outside Metro Manila.

Read Next
Hotel to get P100M upgrade