From ‘Best in Math’ to board topnotcher 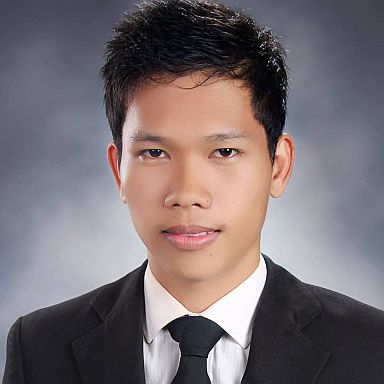 UC Mechanical Engineering graduate shares his journey to the board exams

When Brylle Pahimutang Gilbuena graduated at Gun-ob Elementary School in Lapu-Lapu City in 2007, he received a “Best in Math” award aside from being the first honorable mention in their class.

But Gilbuena wondered why he was recognized as the “Best in Math” when he believed that his classmate was better than him in that subject.

“I could not remember what my grade was back then,” Gilbuena, 22, told Cebu Daily News and laughed.

But when he started his secondary education at Pajo National High School, Gilbuena then realized that math was really his favorite subject and numbers were his forte.

He was not surprised when the results of his National Career Assessment Examination (NCAE) recommended that he take up Bachelor of Science in Mechanical Engineering program for college.

Gilbuena graduated as second honorable mention in their class at Pajo National High School in 2011.

“I followed what was in my NCAE result on what to take up in college,” he said in a phone interview.

Gilbuena took up BS in Mechanical Engineering at the University of Cebu in Lapu-Lapu and Mandaue (UCLM) and graduated in March 2016.

On March 22, 2017, he received the biggest blessing in his life when he ranked first during the March 2017 Mechanical Engineering board examination.

Gilbuena got an 88.10 average rating in the exams.

He was the only Cebuano who made it to the board topnotchers’ list and what made it even more special for him was that he topped the exams. There were 1,083 who passed the exams out of the 1,904 examinees nationwide.

The result was released by the Professional Regulation Commission (PRC) on March 22.

When the announcement was issued by PRC earlier this week, Gilbuena had a class picture with his Grade 11 advisory class.

His class requested him to have a class picture on that day though he already resigned in January 2017, so that he could focus on his board exams review.

All he could remember was the noise inside the class and one of his students said, “Top 1, sir!”

“I thought it was just a joke until they showed me the results,” he said.

It was an unexpected moment for Gilbuena since he stopped dreaming of topping the examination after his Quiz Bowl teammates who took up the exams last September were not able to be part of the top examinees.

Gilbuena resigned as a teacher at UCLM in January 2017 to focus on his board exam review.

He took review studies at Prime Review Center for free, since he was a member of the UCLM’s Quiz Bowl team, which won first runner-up in the national competitions in 2015.

He said prayer was his secret in getting through his review days as he started and ended it with a prayer.

A native of Basak, Lapu-Lapu City, Gilbuena is the youngest of five children.

Despite his parents, Soledad and Nathaniel, having no jobs, Gilbuena still found a way to continue his studies by being a working scholar at UCLM.

“Always thank God for what you have. Don’t compare yourself to others and don’t be discouraged. Be yourself,” Gilbuena said as his advice to incoming college students.

Gilbuena said he planned to take up a masters degree in mechanical engineering, and he intended to do this by being a scholar of the Department of Science and Technology.

Read Next
Without witnesses, suspect in P4.8M school heist walks