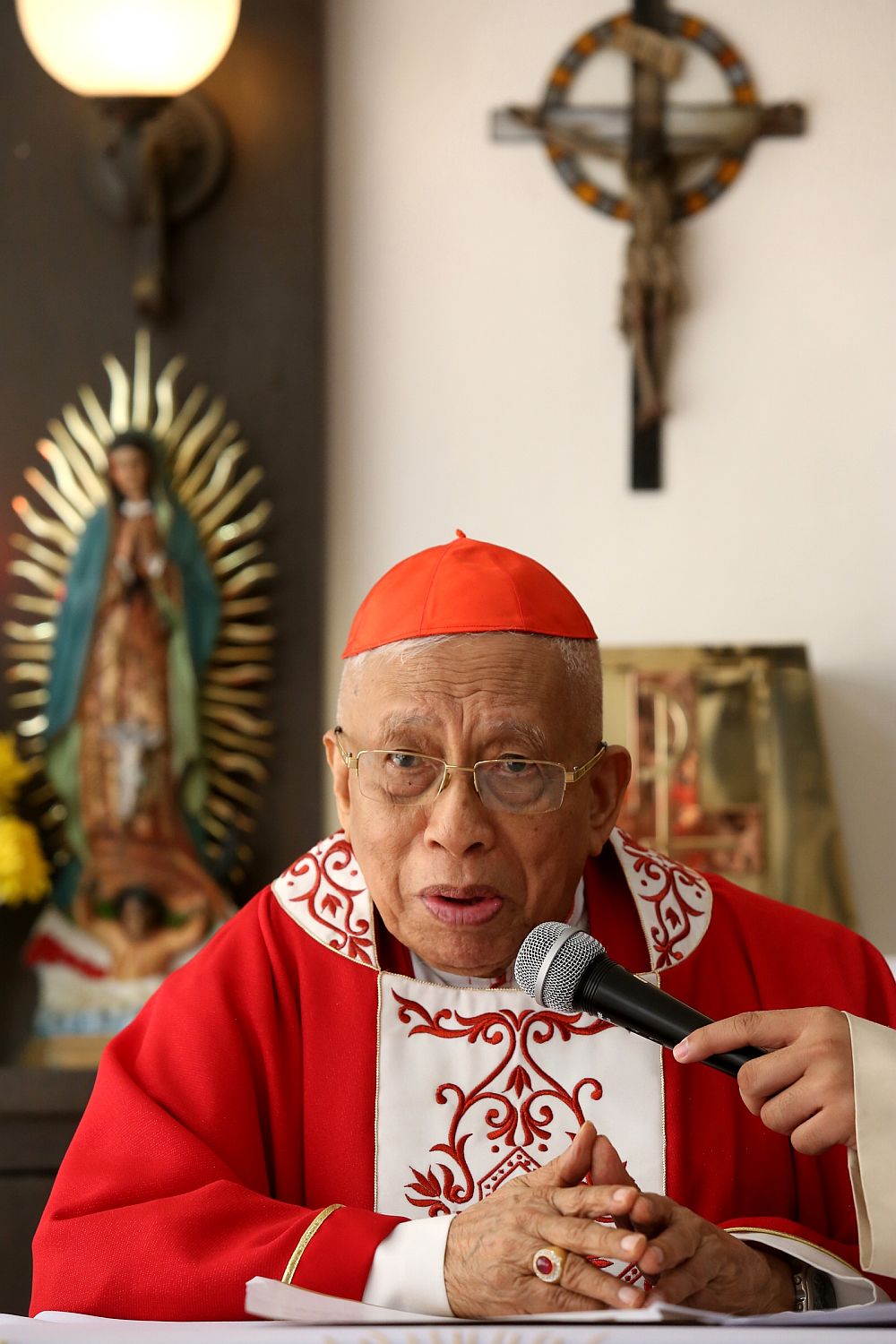 FIVE days after he was rushed to a private hospital in Cebu City for chronic pneumonia and other complications, Cebu Archbishop Emeritus Ricardo Cardinal Vidal remains at the intensive care unit (ICU) of the hospital although his medical condition has improved.

“Thanks be to God. His condition is not getting worse. It’s under control, and he (Vidal) has been stable,” said Msgr. Joseph Tan, spokesperson of the Archdiocese of Cebu, in a phone interview on Monday.

“Of course, you have to consider the age factor. It’s pneumonia — a strong and recurring illness. He is very weak. He sleeps most of the time but is otherwise conscious,” Tan said.

“Cardinal Vidal has very good genes. He has battled this kind of pneumonia before. We’re hoping that he will come out of it. For now, full attention is given to him due to his age,” he added.

Since Vidal turned 80, Tan said the cardinal has always been confined at the ICU every time the prelate got sick.

“That has become his standard admission because of the age factor involved. The ICU is also the most private room where he would not be bothered by visitors,” he said.

Tan called on the faithful to continue to pray for Vidal’s fast recovery.

Vidal, the country’s most senior cardinal, was brought to the Perpetual Succour Hospital past 2 a.m. last Wednesday, October 11, due to fever and shortness of breath.

In the afternoon, he suddenly lost consciousness prompting Cebu Archbishop Jose Palma to administer the Sacrament of Extreme Unction which is performed on a seriously ill person for spiritual and physical strength.

Vidal was in coma throughout Thursday but showed positive signs of recovery the following day when he began to open his eyes.
Since 2014, Vidal has been going in and out of the hospital due to pneumonia.

Last May, he was confined at a hospital in Manila for the same ailment.

In 2004, Vidal underwent a coronary angiogram procedure, an examination of the heart and blood vessels, and had a pacemaker installed to monitor his heart beat.

Vidal was archbishop of Cebu for 29 years before he retired in 2011. The native of Mogpog in Marinduque chose to spend his retirement years in Cebu where he continues to preside over Masses and attend special events in the country’s biggest archdiocese.