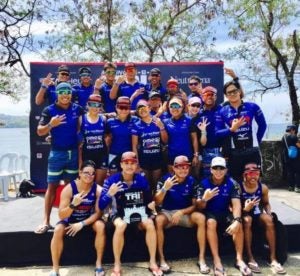 The team topped two age groups and had four podium finishes to win the final leg of the race, which was the former Tri United Series. Rider Omega Tri Team also won the two previous legs last year in the team challenge competition.

Norte, a Cagayan de Oro native now based in Cebu, clocked two hours, 16 minutes and 16 seconds to win the men’s 25-29 title and emerge as the overall first placer in the male division.

Hodges finished the women’s division with a 2:28.35 clocking to emerge overall first place.

Sante Barley and Herbalife finished as second and third placers, respectively, in the Team Challenge.