And not always in the way you would imagine.

Yes, there is often wine involved, after all the man is among a few Filipinos invited to the Fete de la Fleur for the Vinexpo in Bordeaux, France, where only serious collectors are given access to overflowing wines of the most exclusive vineyards, and then some.

Two weeks ago, his own bottles held their ground against the best of New Zealand’s, offered side by side for Manuel H. Osmena’s inauguration dinner as New Zealand Honorary Consul for Cebu, and the very first one at that.

The menu read like a boast for the southwestern Pacific Ocean island nation: mussels, roast fillet mignon, lamb leg, and a kiwi crumble for dessert.

As one of only two members of the press invited (I sat across my good friend Maybelline Te who came for Metro Society Magazine), the night was some parts work, more parts pleasure, as I relished catching up with Manny O’s daughters Meg and Manni-Lyn.

A few days after, I found myself in Marisse Patisserie with Manny O, who ordered dessert and tea, but brought his own bag of treats. He wipes the table with tissue paper dipped in his tea, sterilizing his immediate area. He then fishes out of a black ecobag a vacuum-sealed canister of sliced
papayas. “First, I eat fruit,” explaining his process.

In between bites, he tells me about HopeNow Foundation Philippines, Inc., which he began in the aftermath of typhoon Yolanda together with founding members Lucio Tan, Tessie Sy-Coson of the SM Group, and Tony Meloto of Gawad Kalinga, Karen Davila and Winston Damarillo, with Manny O’s daughter Meg Eteve as Executive Director.

“When a disaster struck, I would always set aside an amount for charity. Buy food, water, assorted goods. I donated them, and then that was that,” he shares.

“I felt like I was buying my guilt. It was not at all sustainable.”

After partnering with Gawad Kalinga, the foundation has built a total of 160 houses in villages spread across Bohol, Leyte, Samar, Northern Cebu, and soon in war-torn Marawi. 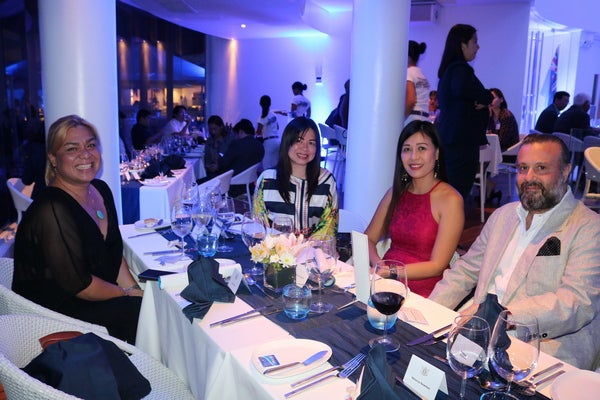 “I was watching the TV coverage of the aftermath of Yolanda and found myself crying, these people were thrown into a situation in which they had no control over. They really were hopeless.”

And yet the foundation does not stop at building homes.

“We have licensed social workers coming in for mentorship and livelihood training for them, because only when they are truly independent can you call what we do a success.”

But the foundation is gearing up for another significant first, the Hospital On Wheels.

Using massive Mercedes Benz Zetros trucks refurbished into expandable structures to house emergency rooms, triage areas, x ray and ultrasound equipment for the mother unit, the moveable hospitals are able to go to the center of the calamity.

There are three other trucks for a support fleet that houses a dormitory for the volunteer doctors and nurses, a provision and supply truck, and “one that we don’t even have a working design for yet, but this is important … the forward sweeper, to clear a path.”

Suddenly, he interjects: “You’d think what I’m eating doesn’t taste good. Here, you have to try.” He’s moved on to noodles that look pale, garnished with slices of sea cucumber and mushrooms, and he serves me some.

I was fooled by the lack of color.

The noodles, cooked in a rich broth made from a stock with giant powdered clams from Africa, slices of oversized export-quality sea cucumbers that go for P20,000 a kilo, dried Hokkaido scallops, and processed for 4 days, taste like the richness of the sea, the strands of deceptively white pure rice bihon absorbing all of that.

“Not the ones with flour extenders, this is the real deal.”

If I didn’t know better, I would have thought Manny O picked his meals to suit the subject matter.

By: Tetch Torres-Tupas
What's Up!