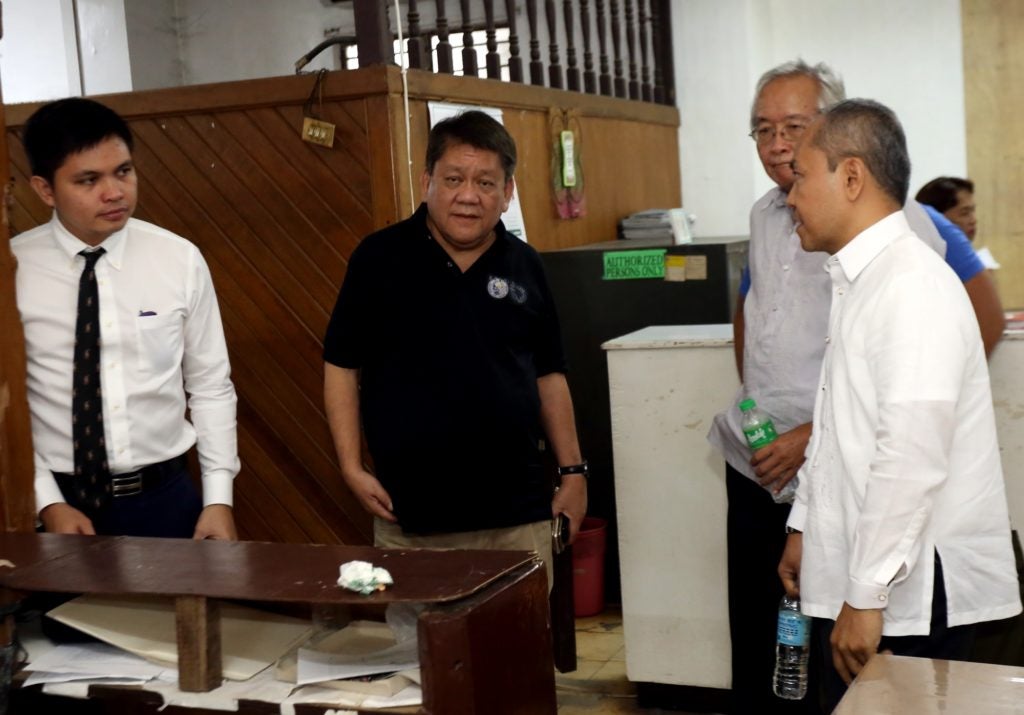 “I am Cadungog’s security — close in. I will protect him and protect my people,” Osmeña told reporters following the filing of murder charges against Cadungog and his bodyguard William Macaslang.

The Criminal Investigation and Detection Group in Central Visayas (CIDG-7) has filed a murder case against the two for the death of Calumba, and another frustrated murder case on the alleged attempt on the life of Michael Banua.

Banua, an anti-crime volunteer, was the driver of the motorcycle boarded by the policeman at the time that he was shot and killed by Macaslang.

The incident was initially reported as failed attempt on the life of Cadungog. But after it was confirmed that the slain supposed gunman was a policeman, police authorities in Cebu turned the table on Cadungog and his driver, saying the killing was unprovoked.

Osmeña was incredulous that Cadungog was now being labeled as a murder suspect.

“It’s stupid. It’s plain stupidity. Here’s Jingjing (Cadungog) who’s on his way to work and he murdered somebody? How would you explain that?” Osmeña said.

“Bad people are trying to operate here and I will be there (to protect Cadungog),” he added.

Osmeña also said that the move of the CIDG-7 to file charges against Cadungog and Macaslang means that they were trying to cover up something.

Macaslang claimed he shot Calumba after seeing that the latter was allegedly pulling out a gun from his waistband and was about to shoot at him.

Macaslang executed an extrajudicial affidavit before the National Bureau of Investigation in Central Visayas (NBI-7), admitting that he shot and killed Calumba out of self-defense.

This admission, however, prompted the NBI-7 to file homicide against Macaslang at the Cebu City Prosecutor’s Office on Tuesday afternoon.

In his judicial affidavit, Macaslang also said that Cadungog was not in the vehicle when the incident happened since the latter has supposedly alighted from the vehicle when they were still at the grounds of the Oriental Port and Allied Services Corporation (Opascor), where Cadungog is an officer.

But Chief Insp. Hector Amancia, CIDG-7 deputy chief, said they have witnesses who claimed that Cadungog was in the vehicle driving by Macaslang when Calumba was shot and killed. The CIDG-7 brought in two witnesses, including a minor, for the inquest proceeding yesterday.

“We filed murder and frustrated murder because the qualifiers were met. There was a superior strength, use of motor vehicle, sudden attack on the victim, and we have witnesses who said that Cadungog was actually inside the car,” said Amancia.

Even with the filing of the cases against Cadungog and Macaslang, the two shall remain in the custody of the National Bureau of Investigation in Central Visayas (NBI-7) until the Cebu City Prosecutor’s Office will decide who will take final custody of both.

Lawyer Renato Galleon, Cadungog’s counsel, said they were confident that the murder charges against Cadungog and Macaslang will not be given merit by the city prosecutor, as Macaslang merely acted in self-defense.

“We are yet to see their affidavit. We are confident that they cannot make out a murder case out of it. It is even dubious if they can make a homicide case out of it,” said Galleon.

Galleon said they were now preparing to file charges of attempted murder against Banua.

“We have two options here: either to file the case separately or to file it as a countercharge for the criminal complaint for murder that the CIDG filed against Cadungog,” Galleon said.