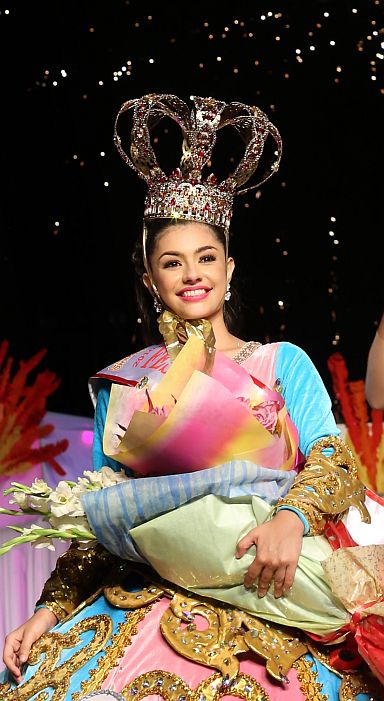 In an interview with GMA Network, the new Kapuso star said she wants to work with prime actors Dingdong Dantes and Alden Richards.

“Based on their shows and how they work, they are really professional. I’m really sure that if I get to work with them, I will learn a lot,” she said.

Thomalla in a text message to Cebu Daily News said signing with GMA Network will help her personal growth.

“It is a different kind of feeling because unlike beauty pageants, which I am used to, this is a new experience for me—new environment, new projects, new people.

It is another beginning that is why I am beyond excited of what’s to come,” she said.

Thomalla also wishes to star in a romantic comedy movie.

“I love watching those kinds of movies. I wonder what it is really like to be part of a rom-com film,” she added.

In April this year, she became the first Filipina to win the Miss Eco International crown.

The pageant was held in Egypt.

After winning the title, she was named as United Nations Goodwill Ambassador.

Before she headed to the national and international pageant stage, Thomalla was Sinulog Festival Queen 2016 and finished first runner-up in Miss Mandaue 2015.