Cebu’s population and agriculture through the years 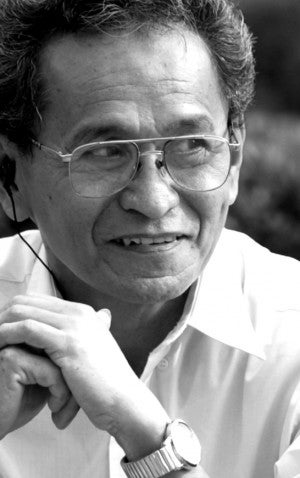 In the last census in 2015, Cebu was reported to have a population of 4.6 million.

Still the biggest in the country when the three highly urbanized cities — Cebu, Lapu-Lapu, and Mandaue — are included but now only representing 4.6 percent of the entire country (101 million), and just over a third of the National Capital Region (12.9 million).

Back in 1903, during the first census conducted under the American period, Cebu’s population was counted at 654 thousand.

The biggest among the provinces, this represented 8.6 percent of the 7.6 million total population of the entire country.

With this total, Cebu is not far behind the city states of Singapore and Hong Kong in population size.

Presently, the population of Singapore is placed at 5.7 million and Hong Kong, 7.3 million.

Both have much slower growth rates than Cebu.

Compared to Cebu’s 2.1 percent annual growth, the population of Hong Kong and Singapore are growing annually only at 0.6 percent and 1.3 percent, respectively.

Metro Cebu which comprised of five cities and eight municipalities in Cebu’s central eastern side registered a total population of 2.8 million in the 2015 census with 2.6 annual growth rate recorded from 2010 to 2015.

This is much faster than the rest of Cebu which grew only at 1.6 percent a year in the same period.

Among the local government units in Metro Cebu, Consolacion registered the fastest annual growth rate with 5.03 percent, followed by Lapu-Lapu City with 4.23 percent, and Liloan with 4.03 percent.

Elongated in form, Cebu stretches 196 kilometers in length from north to south with 32 kilometers in width across at its widest point at the center.

Cebu’s total land area is just about 2 percent of the entire country and a third of Central Visayas where it is grouped with Bohol, Negros Oriental, and Siquijor as a region. As an island.

Rugged and mountainous, the physical condition of the province limits its potential for agriculture development.

Only 42.8 percent of its land are within 18% or less in slope and considered fit for cultivation and habitation.

Hence, the need for the growing number of Cebuanos to engage in non-farm activities, such as in trade, services, and manufacturing, or fishing.

Most of Cebu’s flat lands are found in the north and in the central eastern side.

In the rest of the island, especially in the south, flat lands extend inland just about a kilometer or less only from the shoreline. Cebu’s central eastern side is now highly urbanized.

Except for sugar, therefore, in the north, some coconuts along the coastal areas, and vegetables in the cool mountains of Dalaguete, nothing much is distinct anymore in Cebu’s agriculture landscape.

Coconut became widespread only during the American period.

So, aside from sugar, do you know what other crops Cebu had when the Port of Cebu was opened to international trade in the last few decades of the Spanish Period?

Among these other products were abaca in Argao, Dalaguete and Boljoon; tobacco in Barili, Balamban, Dumanjug, Moalboal, Argao and Sibonga; coffee in Alcoy, Dalaguete, and Alegria; Cacao in Oslob, San Fernando, Sibonga and Poro; and cotton in Oslob, Santander, and San Fernando.

That is Cebu now and then.