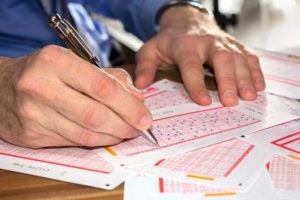 A MAN in Maryland, United States got lucky twice by winning the jackpot in the local lottery, in only a couple of days apart.

Twenty-four-year-old William Frasher first hit the jackpot by winning $80,060 (around P4.3 million) in the Keno game from the Maryland Lottery on September 20.

Since winning the lottery, Frasher said he gained a bit of popularity. “I got like 67 Facebook notifications when I was doing a walk-through on a property and had no idea what was going on!” he said.