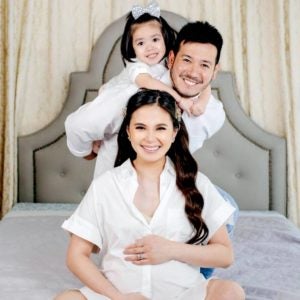 “So…this is Freedom. Thank you Lord God,” he captioned it.

Another photo posted by the actor was taken at the delivery room when Oli gave birth to their son.

Oli on her Instagram shared a photo of baby Freedom also.

“Your papa @johnprats, achi @featherprats and I prayed. And you came true. We love you babe @freedomprats,” Oli said.

In 2016, Oli gave birth to their first child, named Feather.