Firemen on heightened alert this Christmas 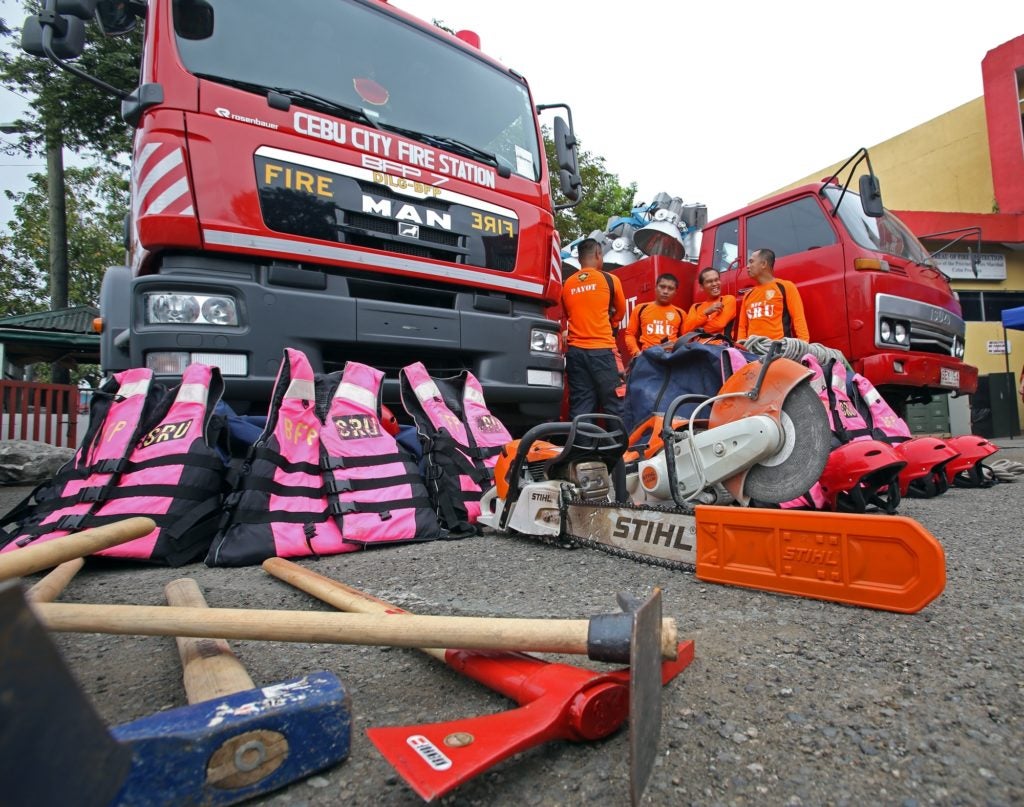 Bureau of Fire personnel prepare their equipment for prompt
deployment in case of fire this Christmas.
CDN file photo

THE Bureau of Fire Protection in Central Visayas (BFP-7) is under heightened alert status this Christmas to ensure that all fire stations can promptly react to fire alarms.

“All personnel were not allowed to have leaves. Those who filed their leave prior, were recalled,” said Dulot.

The director said that they need to be on full alert especially since people usually use firecrackers to celebrate Christmas.

Firecracker use, he said, is one of the reasons why fires occur during the holidays.

Chief Insp. Noel Nelson Ababon, Cebu City Fire Marshall, said that he has directed all fire-sub stations including barangay firefighters in Cebu City to conduct roving patrols on December 24 and 25.

(They are the ones who are familiar with their area. They also know the strategic locations to standby.)

Ababon said that as much as possible they want to have zero fire incidents this Christmas.

Meanwhile, the Police Regional Office in Central Visayas (PRO-7) will strictly implement the rules and ordinances regarding the use of firecrackers.

Chief Supt. Debold Sinas, PRO-7 director, said that he has already directed all police stations in the region to inspect firecracker stores in their respective areas to make sure these are legitimate and have the necessary permits to sell.

He said that checking these stores will ensure that only permitted firecrackers are being sold.

Sinas said that they will be strict in enforcing the law as they aim for a peaceful and safe Christmas celebration.

(We are targeting to minimize if not to totally eradicate casualties of firecracker incidents.)

Sinas also appealed to the public not to use firecrackers so that they will not be celebrating Christmas in hospitals.