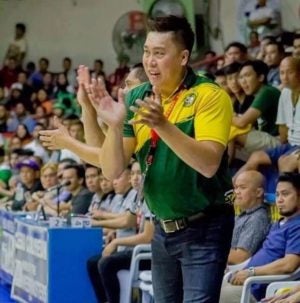 Cebu City, Philippines – The build-up of the University of San Jose-Recoletos (USJ-R) Jaguars for the 2019 season of the Cebu Schools Athletic Foundation, Inc. (Cesafi) basketball tournament continued with an 84-77 win over the National Collegiate Athletic Association (NCAA) runner-up Lyceum Pirates in an exhibition showdown held last Tuesday, January 15, at the Bontoc Municipal Gym in Southern Leyte.

The Jaguars, runners up to the University of the Visayas (UV) in the 2018 men’s basketball season, have embarked on a virtual tour of the south in search of both exposure and potential players who can help them this season.

USJ-R head coach Leode Garcia asserted that these games are crucial for his players, most of whom are new to the team, after the departure of their two best players in current Cebu City Sharks Jaybie Mantilla and RJ Dinolan.

Nevertheless, Garcia pulled no punches in his assessment of the team’s current makeup.

The former Cebu Gems ace even admitted that he takes the time to look at different players in each place they visit in the hope of unearthing a gem.

The team is coming off an exhibition game against the NCAA’s San Sebastian Stags in Valencia City in Bukidnon. BJO/MGA