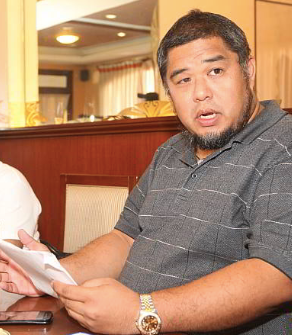 CEBU CITY, Philippines — The municipal government of Bantayan will be asking the Commission on Elections (Comelec) to exempt the boat fare financial subsidy for the town ambulance carrying patients to mainland Cebu from the ban on cash disbursement in time for the elections.

Based on Comelec Resolution No. 10429, the poll body prohibits the “release, disbursement and expenditure of public funds” beginning March 29 to May 12 or for 45 days.

Bantayan Mayor Ian Christopher Escario, in a phone interview with Cebu Daily News Digital, said that they were hoping to continue with the disbursement of the cash assistance for the boat fare of the ambulance since it had become a big help for indigent patients in their town.

Bantayan town is one of the three municipalities in Bantayan Island located at the northwest of Cebu province.

Belonging to an island group, Escario said that it had been a burden for their residents to bring sick relatives to the provincial hospitals which were in the mainland Cebu.

The cost for the boat fare of the ambulance, the nurse, ambulance driver and the patient’s companion ranges from P2,500 to P3,000 per trip.