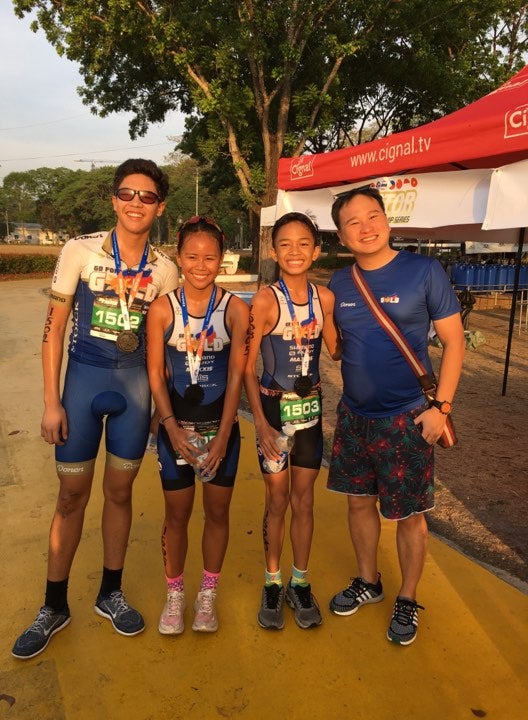 Andrew Kim Remolino clinched the title in the Male Sprint Distance category after posting a time of one hour, two minutes and three seconds (1:02:03).

The Male Sprint category requires participants to start off with a 5-kilometer run, 20 kilometers of biking and end with a 2.5 kilometer run.

Hermosa crossed the finish line with a time of 25:20 while Erediano clocked 27:17.

Other members of the TLTG/Go For Gold Philippines also had strong finishes after entering the top 3 in their respective categories. Nicole del Rosario placed third in the female Sprint with a time of 1:15:16 while Earol Belonguil finished second in the male Super Sprint, trailing Hermosa by just nine seconds. Hermosa and Belonguil came from a successful outing in last weekend’s Alaska Ironkids 2019 in Davao City wherein Belonguil bagged the boys 13-14 title while Hermosa was at second./dcb

Read Next
LTO-7 to cancel licenses of drug-positive drivers