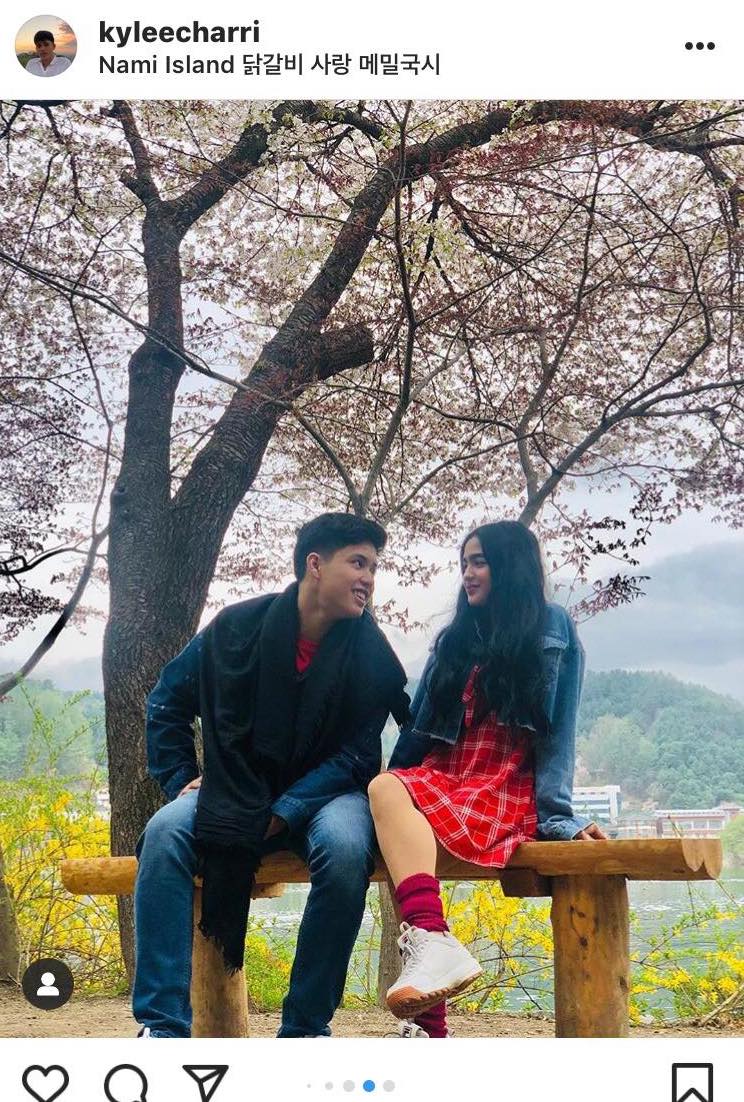 One of the Instagram photos of Cebuano singer Kyle Echarri with Andrea Brillantes.

This is the question raised by netizens after Echarri posted photos of him an Brillantes on his Instagram account on April 22, 2019 taken on Nami Island in South Korea.

“If life is a movie, you’re the best part,” he captioned the photo.

One of the photos showed Echarri and Brillantes holding hands.

“Unforgettable, Nami. Haha we posed like we were in a movie,” he ended his caption.

Both Kapamilya stars were in South Korea since the Holy Week.

This is not the first time that Echarri and Brillantes traveled together.

In 2018, both came to Cebu where Echarri uploaded a photo with Brillantes taken at the South Sand Bar Cebu.

The Cebuano singer made a name in the industry after he was part of “The Voice Kids” Season 2 in 2015.

Echarri, who was under the camp of Popstar Royalty Sarah Geronimo, made it to Top 6.

Currently, he is part of ABS-CBN’s afternoon series, “Kadenang Ginto” portraying the character of Kristoff.  Brillantes is also part of the series. /bmjo