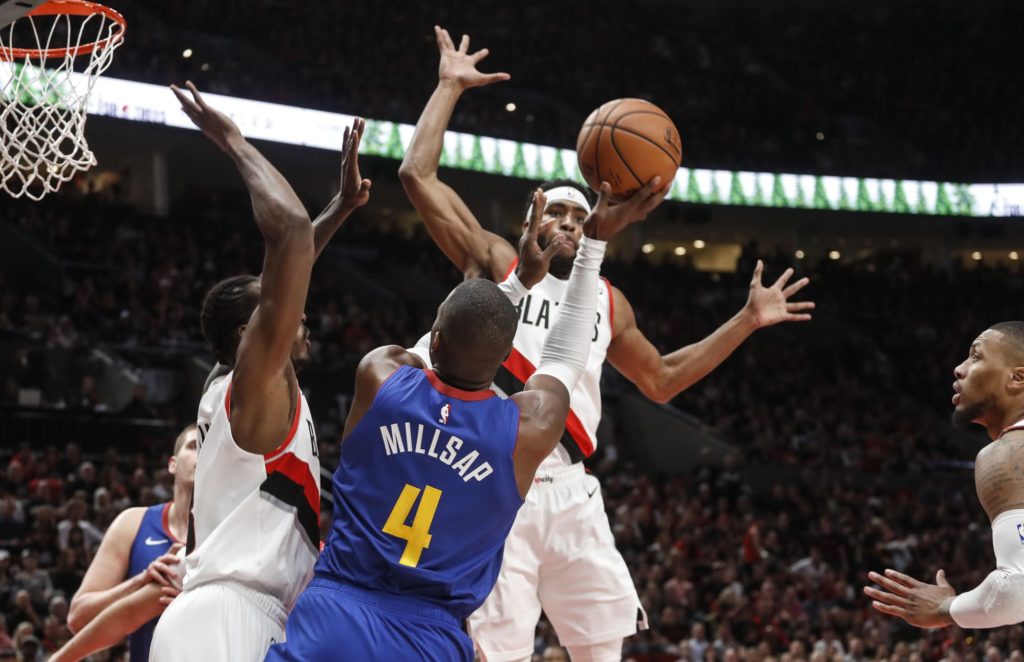 PORTLAND, Oregon — Damian Lillard had 32 points, including 17 in the third quarter, and the Portland Trail Blazers staved off elimination to force a decisive Game 7 in their series with Denver with a 119-108 victory on Thursday night (Friday noon, Philippine time).

The Nuggets head home with a chance to make it to the Western Conference finals for the first time since 2009. Denver has been to the conference finals three times in franchise history.

The winner of Sunday’s game will face the winner of the series between the Golden State Warriors and the Houston Rockets. The defending NBA champion Warriors have a 3-2 advantage in the series after a 104-99 victory on Wednesday night. Game 6 is set for Friday in Houston.

CJ McCollum added 30 points for the Blazers, who haven’t advanced to the conference finals since the 2000 playoffs. Rodney Hood came off the bench with a career playoff-high 25 points and fans at the Moda Center drowned out his postgame on-court interview by chanting “Rodney! Rodney!”

Nikola Jokic led the Nuggets with 29 points and 12 rebounds, while Jamal Murray added 24 points and 10 rebounds.

Seth Curry’s 3-pointer gave the Blazers a 101-88 lead with 7:24 left. Things got heated midway through the final period after Jokic was called for an offensive foul and the players got into a shoving match and had to be separated. After a review, there were offsetting technicals involving Denver’s Will Barton and Torrey Craig, and Curry and Zach Collins for Portland.

Lillard hit an off-balance jumper that put Portland up 106-93. The Nuggets got within 113-103 with 1:04 left, but Craig and Jokic fouled out and Portland closed out the win.

The Nuggets were in this situation before: They lost on the road to San Antonio in Game 6 in the opening round, forcing that series to return to Denver for the deciding game.

After Portland won the quadruple-overtime marathon of Game 3, Denver beat Portland at home to even the series. Then Paul Millsap had 24 points to spark Denver’s 124-98 blowout of the Blazers on Tuesday night — and put Portland on the verge of elimination.

Maurice Harkless dunked to start the game and the crowd at the Moda Center booed each time Jokic got the ball. But the Nuggets built an early 16-7 lead after Murray’s 3-pointer.

Denver extended the lead to as many as 10 points in the opening quarter but Portland went on an 11-4 run to start the second quarter that closed the gap to 38-37.

The Blazers tied it at 45 but Jokic’s basket held them at bay until Lillard’s 3-pointer gave Portland the lead. Lillard added a layup to extend it and Portland led 58-54 at halftime after outscoring the Nuggets 32-20.

Torrey Craig’s 3-pointer tied the game at 69-all midway through the third quarter, but the Nuggets were unable to pull back in front until Jokic 3-pointer made it 76-75. Lillard answered with his own 3 to reclaim the lead.

Lillard’s sixth 3-pointer of the game put Portland up 83-78. He had 17 points in the third quarter alone and the Blazers led 87-80 going into the fourth.

Jokic collected his fourth foul with just over two minutes left in the third quarter and headed to the bench. /bmjo