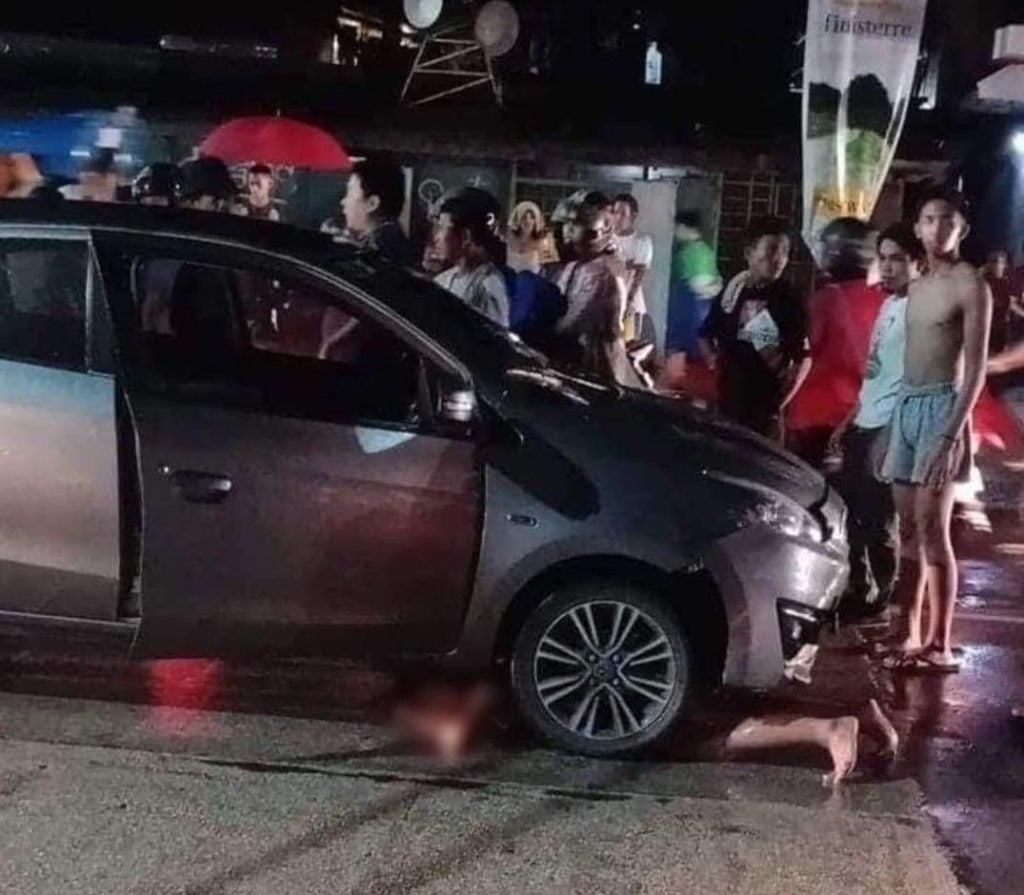 The body of the 40-year-old Sherlyn Cuizon ends up under a grey Mitsubishi Mirage after she god hit by a truck in along the Cebu South Road in Barangay Ward 3, Minglanilla town, southern Cebu. | contributed photo

CEBU CITY, Philippines—One died while another was injured in a road accident along the Cebu South Road in Barangay Ward 3, Minglanilla town, southern Cebu on Sunday night, September 1, 2019.

The fatality was identified as 40-year-old Sherlyn Cuizon. The other victim who survived the accident was Darling Queen Navoa, who is 18 years old.

According to a report from Minglanilla police, the accident happened at around 8:45 p.m.

Police Master Sergeant Junyl Ater, the desk officer on duty that night, said Cuizon got hit by a truck driven by Noel A. Langcuyan while she was crossing the street.

Langcuyan’s truck was southbound when it hit Cuizon on a rainy Sunday night. After impact, it was reported that Cuizon was thrown off to the northbound lane of the highway, where she got run over by a grey Mitsubishi Mirage hatchback driven by 42-year-old Farah Perez Adlawan.

Cuizon ended up under the front end of Adlawan’s vehicle.

Just at the same time this happened, a black Mitsubishi Delica driven by Rudelio Bardinas Yap, 62, who was following Langcuyan’s truck at the southbound lane also hit Navoa while she, too, was crossing the four-lane road.

Navoa was also thrown to the opposite lane but no other vehicle hit her there.

Both Navoa and Cuizon were rushed to the nearest hospital but Cuizon was declared dead on arrival. Navoa survived but sustained several injuries.

According to the police, both victims reportedly did not cross using the pedestrian lane of the road when they got hit.