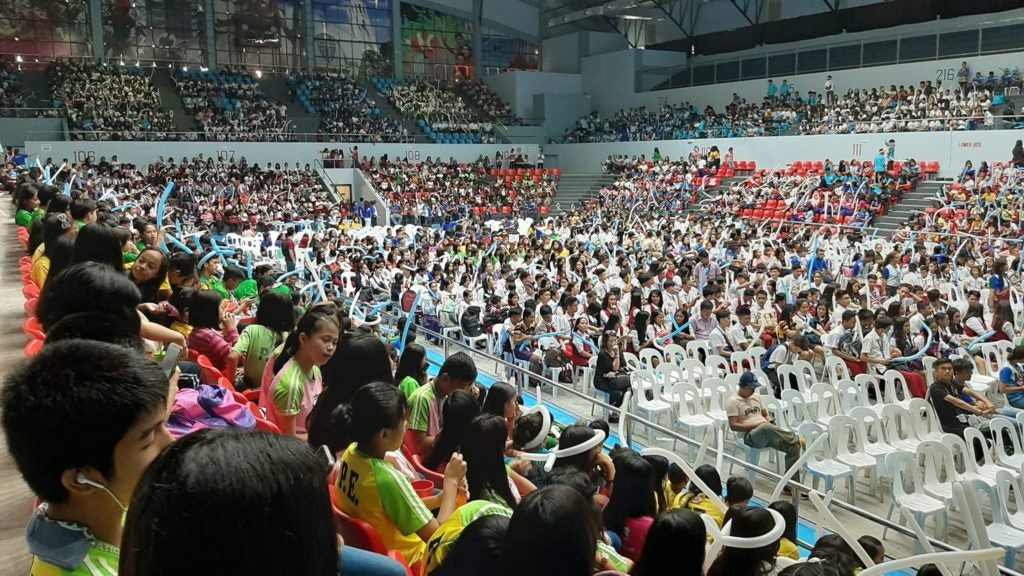 Read: Chan: ‘One hundred days is too short a time but we were able to deliver’

Mayor Chan, in his 40-minute speech in front around 5,000 kids from different schools of the city, spoke of the different programs accomplished by his administration so far that benefits the youth of Lapu-Lapu City. He also gave a glimpse of what’s to come for the young ones in the city.

“As your mayor, I will strive to make Lapu-Lapu City a haven for children, where they can grow freely surrounded by the nurturing environment of peace, love, and security,” Chan said.

“I believe that every child has the right to know the state of our city as regards to children’s agenda. I believe that you, the young Oponganons, deserve equal importance, just like everyone else in this City. After all, you are our nation’s future.” Chan said in his opening statement.

Among the things the mayor was proud to report was the free services offered by the City’s e-library.

After it was opened last October 9, students now flock to the e-library to do research as it offers free internet access, free printing of research materials, and free bond papers.

He was grateful to friends from the business sector who donated brand new units of desktop computers for this noble purpose. 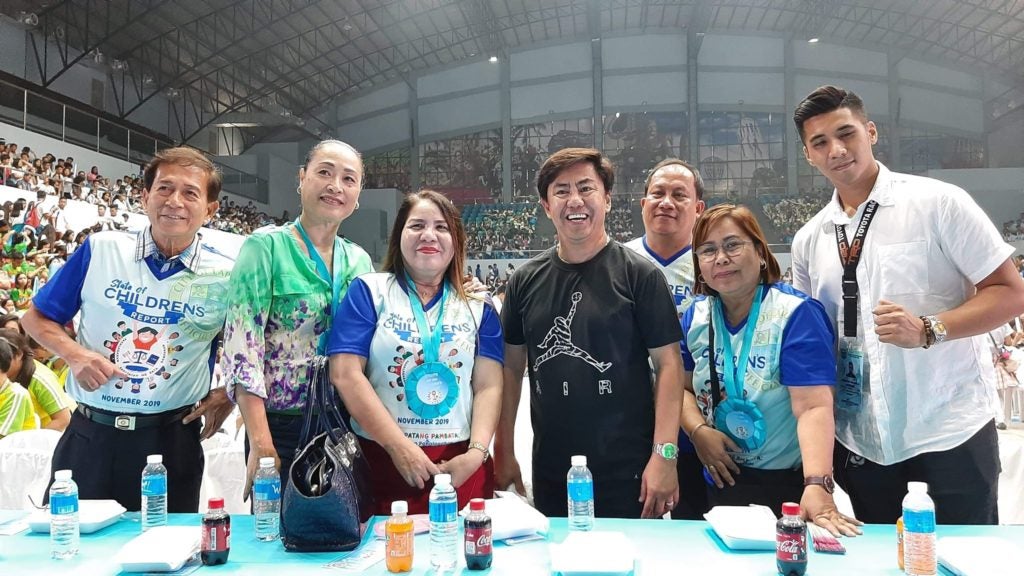 Lapu-Lapu Mayor Junard Chan with other city and DepEd officials during the State of Children’s Report on Monday, November 4, 2019, at the Hoops Dome. | contributed photo

Chan said the city will soon open another e-library on the island of Olango and likewise set up barangay-based e-libraries so students have plenty of options to go study and do their research for free.

Another thing that Chan highlighted was the support of the government to those who bring pride to the city.

He said the city sponsored plane tickets of students competing in different international and national competitions and also provided financial and logistical support to athletes in different sporting events.

“For as long as I am Mayor, I commit my unwavering support to the children, either students or out of school youth, in their quest to bring pride to our city,” said Chan.

Among the many other accomplishments Chan enumerated was the intensified dengue and polio awareness drive among students in partnership with the Lapu-Lapu City Youth Development Council, and the SK Federation, and the assistance given to children in conflict with the law, abandoned and neglected children, children who fell victims to human trafficking and illegal recruitment, as well those who were physically and sexually abused, and exploited.

Meanwhile, Chan said he is looking forward to achieving more for the youth of Lapu-Lapu, especially in terms of education.

He said his administration plans to convert the Lapu-Lapu City College in to a State College. This will ensure bigger subsidy from the national government that would capacitate the institution to expand its program and accommodate more students who wish to avail quality and affordable college education.

In line with Chan’s desire to give the students access to tertiary education, the city, through the support of the council, will also provide scholarship to those deserving senior high graduates who wish to pursue higher education.

With regards to the safety of children and youth, the city has intensified the street patrolling and have rounded up bad elements from the city streets.

The mayor also assured the youth that he will be accessible to them if they need help.

“Let me assure everyone, that as your mayor, I am very accessible. You may text or message me anytime,”  said Chan. /bmjo

Read Next
The perils of Filipino fishermen in Taiwan