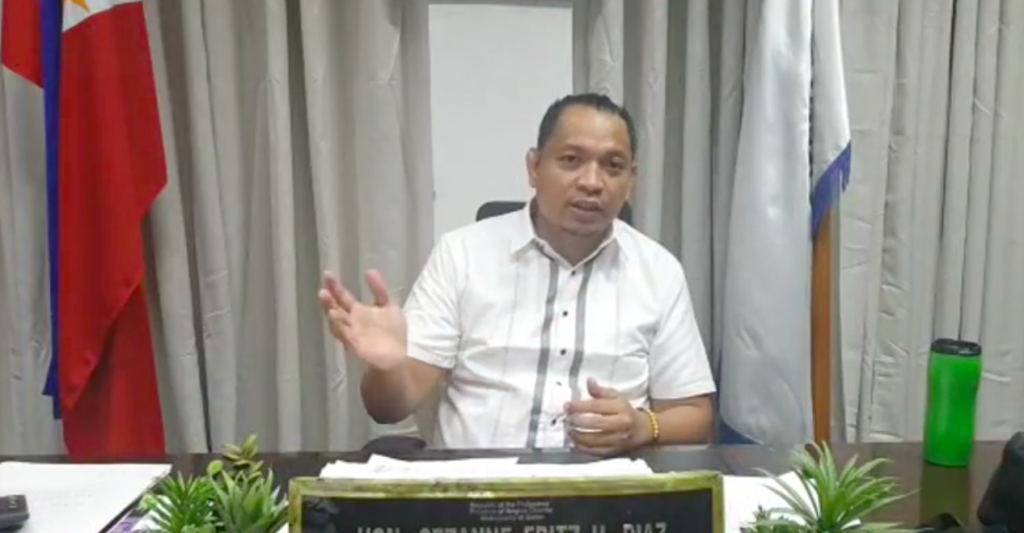 Mayor Cezanne Fritz Diaz  of Siaton town in Negros Oriental has offered a P20o,000 reward for  in his Facebook live on July 10, 2020 on whoever could give an information about the killing of a police officer and a city hall employee.| Photo Screen grabbed from Mayo Diaz’ Facebook Live

CEBU CITY, Philippines — Mayor Cezanne Fritz Diaz of Siaton town in Negros Oriental has offered a P200,000 reward to whoever can give a lead on the killing of a policeman and a City Hall employee, who were recently killed by unidentified motorcycle-riding gunmen in the town.

In a Facebook Live this morning, July 10, 2020, Diaz announced his disappointment with the killing of one of the policemen of Siaton identified as Police Staff Sergeant Bobster Guillarawan, who was shot dead at around 11:30 p.m. on Thursday night, July 9, 2020.

Diaz also said that there was also no lead on the investigation of the killing of rescue volunteer, Sherwin Gabo, who was also recently killed by motorcycle-riding gunmen.

“The purpose of my live today is to ask or seek help ninyo mga Siatonon ko, mga naas community diris Siaton… mangayo kog tabang sa kumunidad… I will give P100,000 per information for Mr. Guillarawan and Sherwin Gabo in the total of P200,000 because ganahan ko ingani ka seryoso,” said Diaz.

(The purpose of my live today is to ask or seek help to you, my Siatanons, who are here in our community in Siaton … I am asking help to the community … I will give P100,000 per information for Mr. Guillarawan and Sherwin Gabo in the total of P200,000 because I want the people to realize that this is a serious matter.)

According to Diaz, the recent killings should be solved and the victims given justice as the killings have also posed a threat among the residents of Siaton.

Diaz said he would ask the help of the National Bureau of Investigation (NBI) to investigate the killings in the town.

He said that the perpetrators might be from the area as well as they know their way around the town.

Meanwhile, the initial police investigation showed that Guillarawan was on board his motorcycle traversing from Barangay Mantuyop to Poblacion of Siaton.

Police Colonel Arnel Banzon, director of the Negros Oriental Police Provincial Office (NOPPO), said that when Guillarawan reached Barangay Uno, it was when he was shot several times by the still unidentified motorcycle-riding gunmen.

Guillarawan, who is a member of the First Provincial Mobile Force Company based in Barangay Napacao, Siaton, did not make it to the hospital.

As of this time,  Banzon said they continued to investigate the case to trace the assailants of Guillarawan./dbs

Read Next
DENR-7 to Cebu City: Explain cutting of trees in Guba