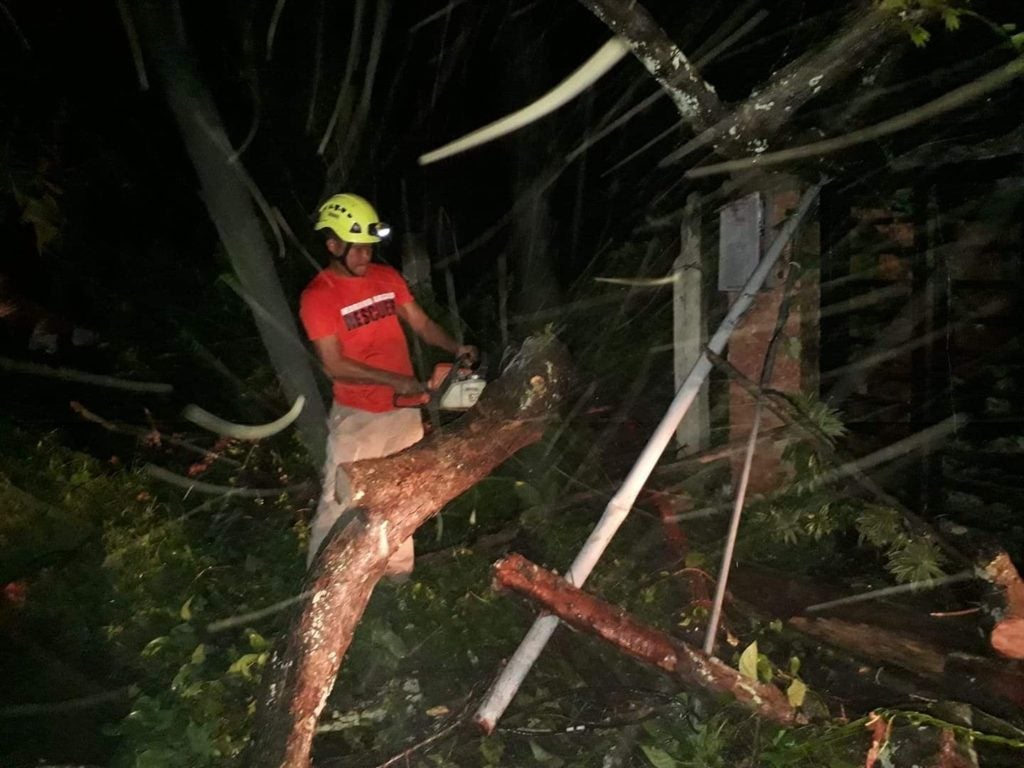 CEBU CITY, Philippines — Various towns and cities in Cebu felt the brunt of typhoon Vicky when it passed the southern part of the province on Saturday dawn, December 19.

Although Vicky did not make landfall here, the incessant rains and the big waves that it brought caused landslides in some mountain barangays and damaged fishing boats in coastal communities in southern Cebu.

Many Cebuanos were relieved after the Philippine Atmospheric Geophysical and Astronomical Services Administration (Pagasa) announced in its 8 a.m. weather bulletin that storm signal warning No. 1 in central and southern Cebu have already been lifted.

Sea travels were also allowed to resume on Saturday morning.

Disaster offices here did not report any injuries or casualties from the typhoon, but its strong winds caused several trees to topple.

In Cebu City, the City Disaster Risk Reduction and Management Office reported minor landslides in the mountain barangays of Kalunasan and Sapangdaku.

In a report, CDRRMO said that the landslide in Barangay Kalunasan damaged at least two homes.

While it rained, a fire incident was also reported in Barangay Suba shortly after 2 a.m.  But the fire was immediately put out leaving only at least P10, 000 worth of damages to properties.

In Argao town in southern Cebu, the Municipal Disaster Risk Reduction and Management Office (MDRRMO) reported damages on fishing boats in the coastal Barangay of Langtad.

MDRRMO personnel also rescued four workers from a floating restaurant at the town’s boardwalk that was toppled by big waves. All of the four were brought to safety.

In Barangay Bulacao in Talisay City, a road became impassable after it was damaged by incessant rains and the rise in the water level at the Bulacao River.

But DRRMO personnel has allowed city residents to continue to use the said road. / dcb