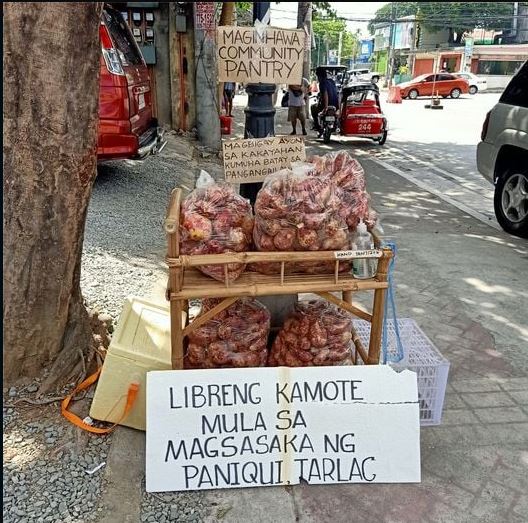 Community pantry in QC, which inspired others to put up the same. Screenshot of a Facebook post

In a statement, Sinas said it was “beyond the interest of the PNP to delve into purely voluntary personal activities of private citizens.”

Netizens have called out posts, which claimed without evidence that communists were behind community pantries.

But Sinas said it saw the pantries as “an expression of Bayanihan spirit,” and they have no intention to interfere “but to serve the best interest of law and order and public safety in such public activities.”

Sinas said public health standards should be observed in these activities, where there is a gathering of a crowd.

Community pantries have emerged in various neighborhoods nationwide to cater poor Filipinos struggling with the pandemic.